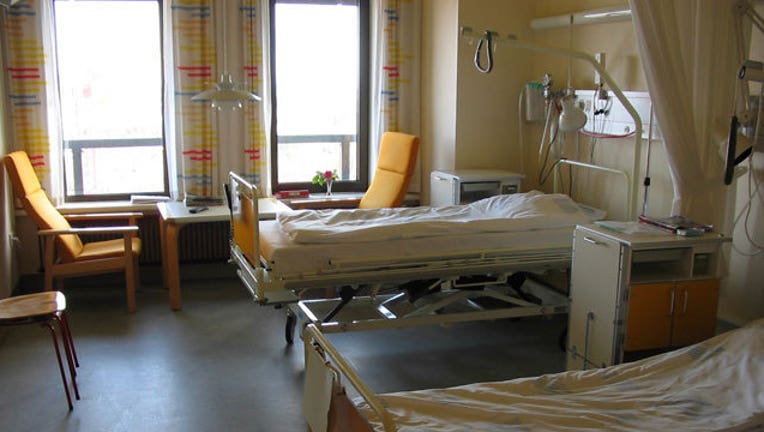 NEW YORK (AP) - A New York woman sat vigil for days at her dying brother's hospital bedside, authorized doctors to stop life support and was arranging his funeral when officials revealed it had all been a big mistake. The man wasn't her brother at all, but a stranger with a similar name.

Shirell Powell is now suing a Bronx hospital over the case of mistaken identity, saying she and other relatives were put through more than a month of unnecessary grief.

"That is my baby brother, so it was really hurtful," Powell told the New York Post . "I was worried, hurt, crying, screaming, calling everybody. It was a horrible feeling."

Her actual brother, Frederick Williams, was alive, but unbeknownst to his family, he was locked up in a city jail.

St. Barnabas Hospital spokesman Steven Clark told the Post that the lawsuit was without merit.

The mix-up began on July 15, according to Powell's lawsuit, when Freddy Clarence Williams was admitted to the hospital unconscious with brain damage following a drug overdose.

The hospital looked in its records, saw that a Frederick Williams had been treated before, and called his family, the suit said. But it was the wrong Fred Williams.

Powell said when she visited the man she thought was her brother, he had a tube in his mouth and a swollen appearance. Another sibling arrived and raised doubts about whether some error had been made.

"She walked up into the room and said, 'That is not my brother,'" Powell said. But the man's facial features were similar enough that the family decided it couldn't be a mistake.

One of Frederick Williams' two teenage daughters came from Virginia to say goodbye.

"She was hysterical," Powell recalled. "She was holding his hand, kissing him, crying."

"I nearly fainted because I killed somebody that I didn't even know. I gave consent," said Powell.

Powell's lawyer, Alexander Dudelson, told the Post that neither the medical examiner's office nor the hospital would tell him anything about the man who died.

Public records show that there are many people with variations of the name Fred Williams living in New York City.

Powell said that she has since gone to see her brother at a court appearance and phoned him in jail.

When she explained that she had unknowingly given approval to turn off his life support, "He was saying, 'You were going to kill me?'" Powell recalled. "I explained to him, once you're brain-dead, there is nothing to do."

Williams told the Post he wasn't mad at his sister. But he was upset at the hospital.

"How could the hospital do something like that? Look what they put my family through," he said.