Another woman has come forward with allegations of abuse at a federal women's prison in Dublin.

DUBLIN, Calif. - Cherie Dillon said when she saw sexual abuse at the federal prison in Dublin her concerns were not only ignored – she was punished for it.

In an interview from her home in Idaho, the 67-year-old former dental hygienist told KTVU that she received punitive marks for reporting that a guard had an illegal sexual relationship with another incarcerated woman, "Victoria," who got locked in solitary confinement after the relationship came to light.

"I will never tell another inmate that they should go to report anything to anyone higher up," Dillon said. "Because all that's going to happen is it's going to make their life worse."

Shots are disciplinary write-ups against prisoners for disobeying a staff member and often mean extra time on their sentences. Dillon said her "good time" was taken away, she lost her commissary and she had to talk on the phone to her husband while handcuffed.

Dillon’s allegations of retaliation - bolstered by a letter to the Department of Justice by her lawyer - reveal a culture at FCI Dublin, where people who speak out against wrongdoing are punished, incarcerated women and union officials say. KTVU has spoken to other women who said they were mistreated by guards in the Dublin lockup.

The atmosphere is so bad at FCI Dublin, it's earned the notorious nickname of the "rape club" because to date, five officers including the warden have been charged with sexual abuse of a ward. Another 25 employees are under currently investigation for lying, drug offenses and sex offenses, according to a list obtained through the Freedom of Information Act.

Insiders say this culture continues to this day despite members of Congress vowing they will crack down on this bad behavior.

"There's a lot of smoke and mirrors right now with regards to what they're doing," said John Kostelnik, the Western region vice president for the correctional workers union. "It makes it appear that they are taking action, that they are holding people accountable."

But they are not, and in some cases, it's only getting worse, he said.

As one recent example, Kostelnik pointed to the reassignment of two dozen FCI Dublin employees last month. He said that good employees who have been reporting abuses are getting moved across the country so that they will no longer be able to speak out and the bad ones are simply getting placed elsewhere with no repercussions.

The retaliatory behavior is having a chilling effect, Kostelnik said.

"The intimidation against staff from speaking up has continued, and it's actually ramping up further," Kostelnik said. "So staff aren't coming out. They're not speaking up. They're afraid to do so. The agency's created this culture of blackballing people, and we're seeing that consistently up in Dublin right now. And it's very unfortunate."

When Dillon was incarcerated, she said she tried to report the sexual abuse being perpetrated on Victoria, because she didn’t like seeing what was happening to her.

She said she watched as a correctional officer, a former Army sergeant named "William" who worked in the maintenance yard at the prison, promised to marry Victoria and told her many times that he loved her.

"It was much more than an inmate talking to a guard, or a guard talking to an inmate," Dillon said. "It was personal and intimate."

It is illegal for someone who is in a supervisory or disciplinary position, like a correctional officer, to have any type of sexual contact or relationship with a person in detention.

Still, Dillon said that Victoria was "enamored" by this officer.

"She thought that it was going to be a long-term relationship," Dillon said. "And when her time was all over, that they would be together."

But William was also having improper relationships with other women in prison, Dillon said, and that ended up causing Victoria a lot of pain and making her feel jealous.

Victoria then sued William and several other officers at the prison, alleging that her constitutional rights were violated and also claiming she was the victim of excessive force.

Victoria alleged that William not only sexually abused her, but she was retaliated against by being put in solitary confinement for three months, which revoked her minimum-security camp status after she spoke up.

In her suit, Victoria named several other officers for turning a blind eye to the abuse. In fact, they taunted her, according to her suit, telling her once: "Let the games begin."

Dillon said she watched some of this occur. And she told a similar story: She said she and Victoria were both punished.

"They knew about the affair," Dillon said. "And they put her in the SHU [ Special Housing Unit] because of that. They wanted her to get a pregnancy test and she refused that. She was not going to admit to anything because she didn’t want to get him in trouble."

Eventually, Victoria was taken to a federal prison in Alabama. Records show she was released in 2019.

Victoria’s San Francisco attorneys declined email and phone attempts to discuss the case, which is poised to settle for $38,000.

KTVU is not using Victoria’s last name because she was unable to be reached. She is serving a sentence for possession of methamphetamine.

William has also not been charged with a crime, which is why KTVU is only using his first name.

KTVU reached out William by phone but did not hear back.

In bankruptcy records, William told the court that he was cleared internally during sexual misconduct investigation in 2019.

But he is currently on paid administrative leave while he is being investigated for sexual abuse, two sources told KTVU. 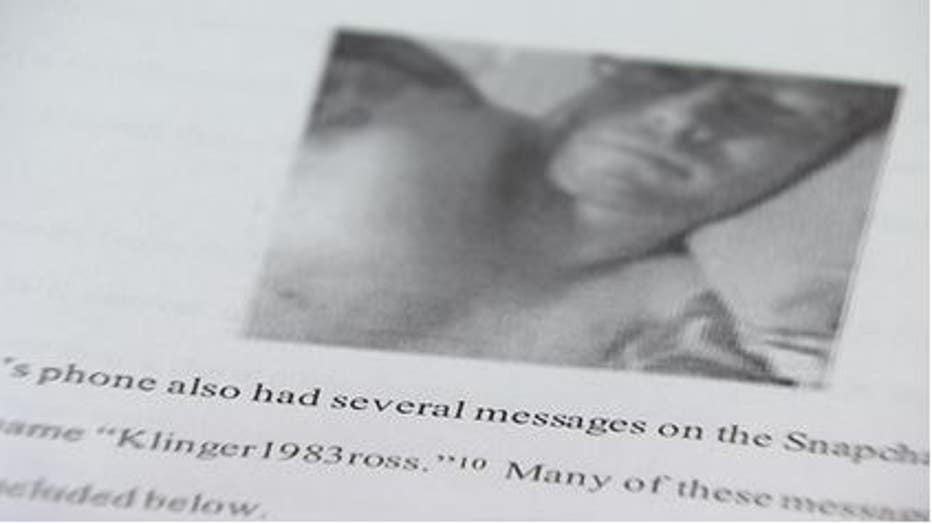 Whistleblowers are protected by law

Federal Bureau of Prisons spokesman Emery Nelson told KTVU in an email that the agency does not discuss allegations of staff misconduct or lawsuits. So it’s impossible to know if Dillon’s claims of retaliation are true or whether she received extra prison time for other behavior.

However, Nelson said that the Bureau of Prisons "is committed to ensuring the safety and security of all inmates in our population, our staff, and the public.  Humane treatment of the men and women in our custody is a top priority."

"The BOP takes seriously our duty to protect the individuals entrusted in our custody as well as maintain the safety of correctional staff and the community," the statement continued.

Nelson also said that any prison employee who speaks out is protected by the federal Whistleblower Protection Act.

Dillon is the third woman to speak to KTVU about her experience at FCI Dublin, an all-women’s prison that has attracted unwanted attention from Congress and the Department of Justice after officers have been charged with having illegal sex with incarcerated women and wielding power over many of them.

In March, Andrea Reyes detailed her illegal relationship with correctional officer Ross Klinger, who has pleaded guilty to sexual abuse of a ward, describing how he preyed on her mental triggers by digging into her private psychological records.

Two weeks after that, another woman spoke through her attorney, saying how scared she was of Klinger and sought witness protection against him.  Klinger is living at home in Riverside, Calif., as he awaits sentencing.

Going public because the prison system is broken

Dillon, a former hygienist, was released from prison in May 2021 after spending about five years in custody for doing dental work illegally without the proper license.

She’s still on probation, living at home with her husband.

But she decided to go public now because she wants people to know that the prison system is broken and not just at FCI Dublin.

She was inspired to talk after learning about the other women now coming forward to tell their stories.