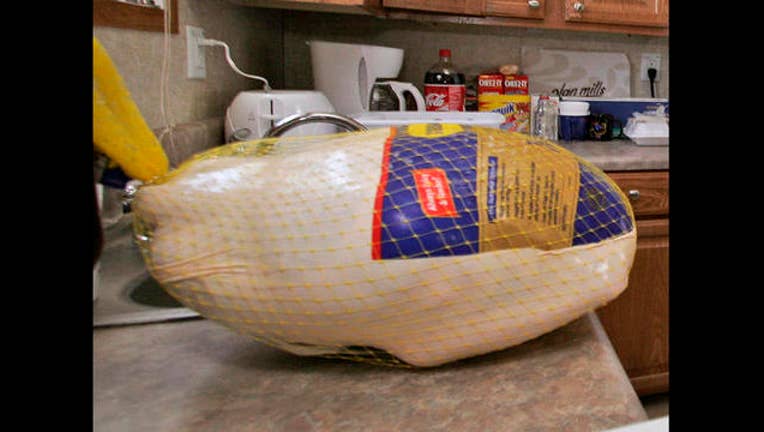 SAN FRANCISCO - Police are seeking a woman who hit another woman in the head with a frozen turkey during an argument inside a home early Monday morning in San Francisco's Hunter's Point neighborhood.

Around 4:30 a.m., officers responded to a report of a robbery with force in the 700 block of Kirkwood Avenue, according to police.

Upon arrival, officers learned two women got into an argument inside the home, police said.

One of the women then removed a frozen turkey from the freezer and hit the other woman in the head with it. The suspect also bit the victim's finger during the assault.

The suspect then fled with the frozen turkey in a silver, 4-door Lexus with paper license plates, according to police.

The victim suffered non life-threatening injuries, including a head injury and a bite mark to her finger. She was taken to a hospital, police said.