The woman is the 60th pedestrian to die in San Jose this year.

The woman, whose identity was not available late Saturday night, was reported lying in the road on Oakland Road at McKay Drive about 5:45 p.m. Saturday, San Jose police Sgt. Enrique Garcia said.

The woman was taken to a local hospital where she was pronounced dead a short time later, Garcia said.

Investigators later determined the woman was struck by a 2008 Toyota Tundra headed south on Oakland Road. The woman, Garcia said, was not in a crosswalk.

The driver remained on scene and cooperated with the investigation, said Garcia, who added that neither alcohol nor drugs appear to be factors in this accident.

Anyone with information about this accident is urged to contact Detective Troy Sirmons of the San Jose Police Department's Traffic Investigations Unit at (408) 277-4654. 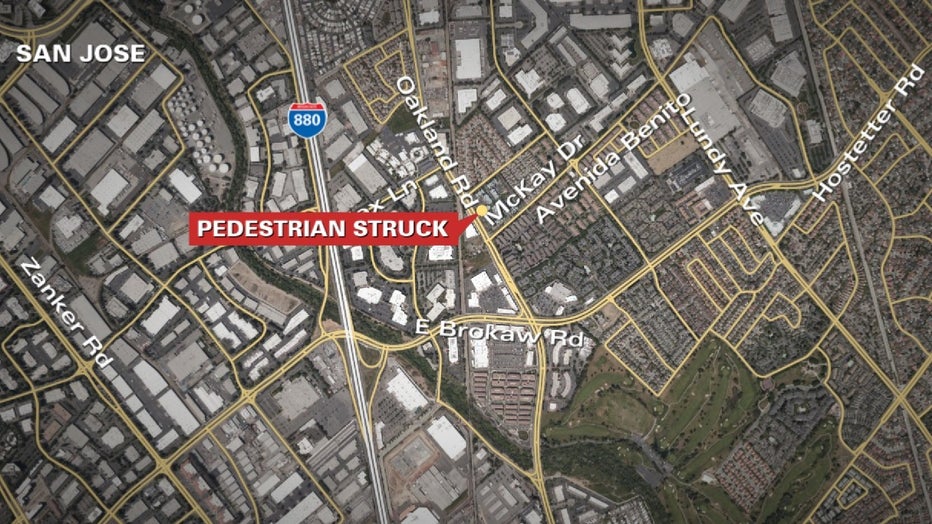