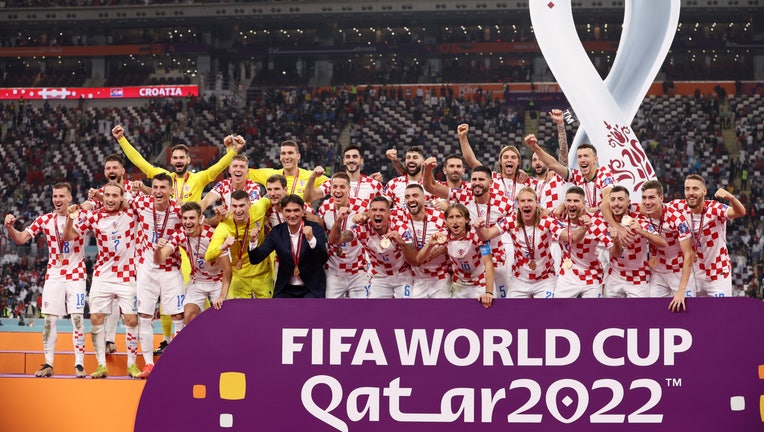 AL RAYYAN, Qatar - Luka Modric led Croatia to third place in what was likely the midfield great’s last appearance at the World Cup.

The runners-up from four years ago secured another medal by beating Morocco 2-1 in the third-place match on Saturday.

Mislav Orsic scored the decisive goal shortly before halftime at Khalifa International Stadium to ensure Modric finished on a winning note, if this does turn out to be his last World Cup match.

At the age of 37, that seems likely, even if there are hopes he will lead his country at the 2024 European Championship.

Josko Gvardiol put Croatia ahead in the seventh minute, but Achraf Dari evened the score in the ninth. 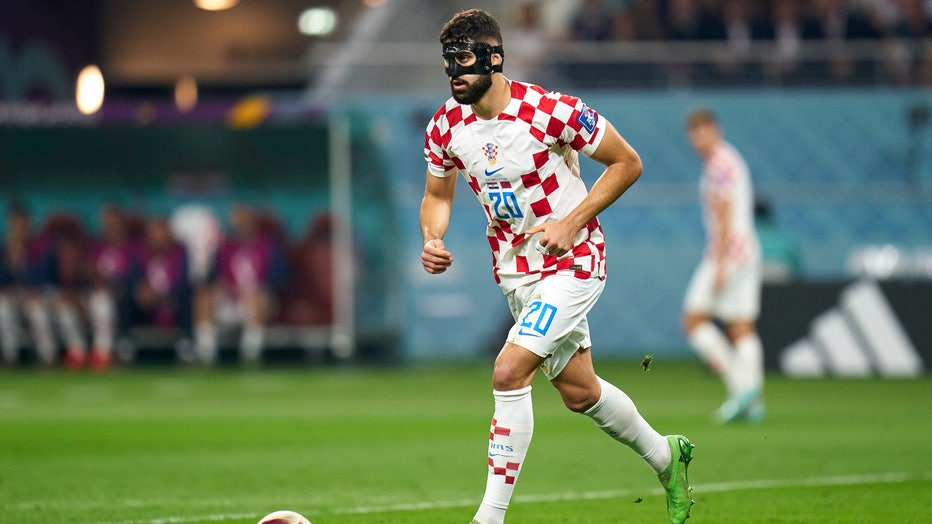 Josko Gvardiol of Croatia runs with the ball during the FIFA World Cup Qatar 2022 3rd Place match between Croatia and Morocco at Khalifa International Stadium on December 17, 2022 in Doha, Qatar. (Photo by Quality Sport Images/Getty Images)

It is the second time Croatia has taken third place. The team also achieved that feat in its first World Cup as an independent nation 1998.

After becoming the first African team to reach the World Cup semifinals, Morocco’s tournament ended in two losses. But the team's achievements in Qatar will be remembered for the outpouring of pride among Arab nations. 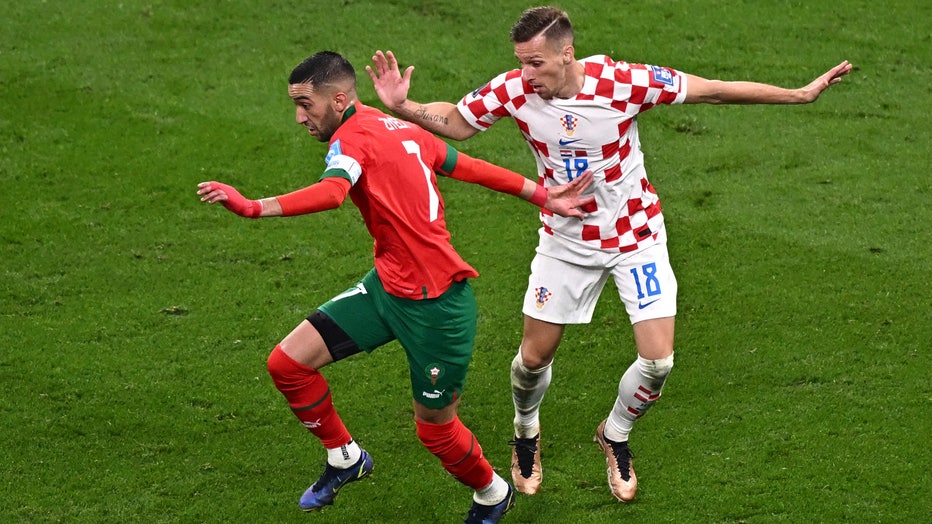 The World Cup final between defending champion France and Argentina is scheduled for Sunday at Lusail Stadium.

RELATED: Nothing draws in the world quite like the World Cup final

The third-place match is considered by some to be a meaningless exhibition. Even Morocco coach Walid Regragui described it as a "booby prize" in the buildup. But neither team lacked motivation in a fiercely contested game between two nations that few expected to go so far.

That was underlined by a host of players needing to be substituted because of injury in the second half as Morocco pushed for an equalizer. Morocco's players react to the referees after losing the Qatar 2022 World Cup third place play-off football match between Croatia and Morocco at Khalifa International Stadium in Doha on December 17, 2022. (Photo by PAUL ELLIS/AFP via Getty Images)

The teams had already played out 0-0 draw in the group stage and had made to the semifinals on the back of tough defenses, with a combined six shutouts. Goals weren't a problem this time.

Perhaps that was because of the relative freedom of playing in a game with supposedly little at stake. Another factor for Morocco, at least, was the absence of three key defenders, Romain Saiss, Nayef Aguerd and Noussair Mazraoui.

The impact of those absences was felt when Croatia took the lead off Gvardiol's diving header. In a slick move, Ivan Perisic flicked a free kick into the middle of the penalty box and the center back did the rest.

History of the World Cup

How the World Cup became the world's most popular sporting event.

Morocco responded two minutes later when Lovro Majer inadvertently helped on Hakim Ziyech’s free kick and Dari headed in to even the score.

Croatia, however, was back in front three minutes before halftime.

Orsic picked up the ball on the left of the box and curled a shot toward the top corner. Morocco goalkeeper Yassine Bounou got a touch on the ball, but could only push it onto the post on its way into the net.