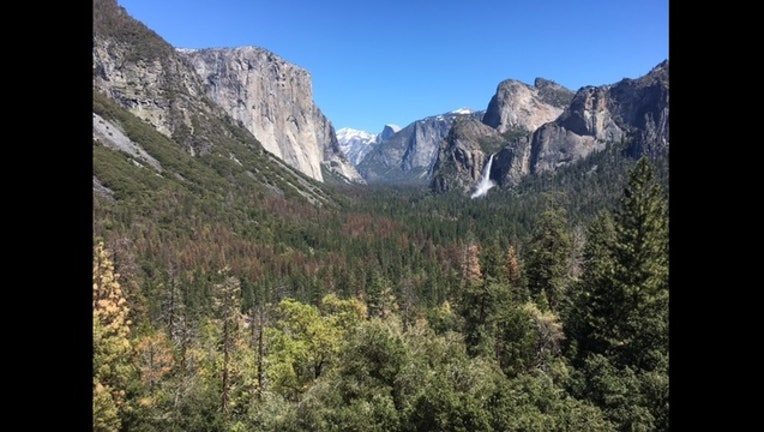 OAKLAND, Calif. (KTVU) - Half dome and El Capitan and Nevada Fall and Starbucks?

Soon you can grab your favorite beverage from the American coffee juggernaut while enjoying the majestic views of Yosemite National Park. But some people aren’t too happy about it.

Yosemite regulars have launched a Change.org petition in hopes of keeping Starbucks out of the park. As of Saturday afternoon, more than 6,500 people signed the petition.

“Multinational corporations have no place in our National Parks,” reads the petition. “The Park will lose its essence, making it hardly distinguishable from a chaotic and bustling commercial city.”

The Fresno Bee reports that Yosemite Hospitality, the park’s concessionaire and a division of Aramark, is in discussion with Starbucks in an attempt provide their brew in the Food Court at the Yosemite Valley Lodge. The coffee addition is part of an Aramark food court renovation project that includes renaming it to “Basecamp Eatery.”

“We are trying to enhance the visitor experience,” said Lisa Cesaro, Marketing Manager of Yosemite Hospitality, per The Fresno Bee. “And this is just one of the many improvements we will be making in the coming years.”

There will be no free standing cafe, but Yosemite goers still don’t want it for fear of more multinational corporations making their way in.

“If this is approved I am concerned that it could lead to a grocery store sponsored by Walmart or a Mountain Shop that will turn into a satellite REI,” said Freddy Brewster, who signed the petition.

Cesaro said she is aware of the petition, but believes the Starbucks will do well and acknowledges that the plans are moving forward.