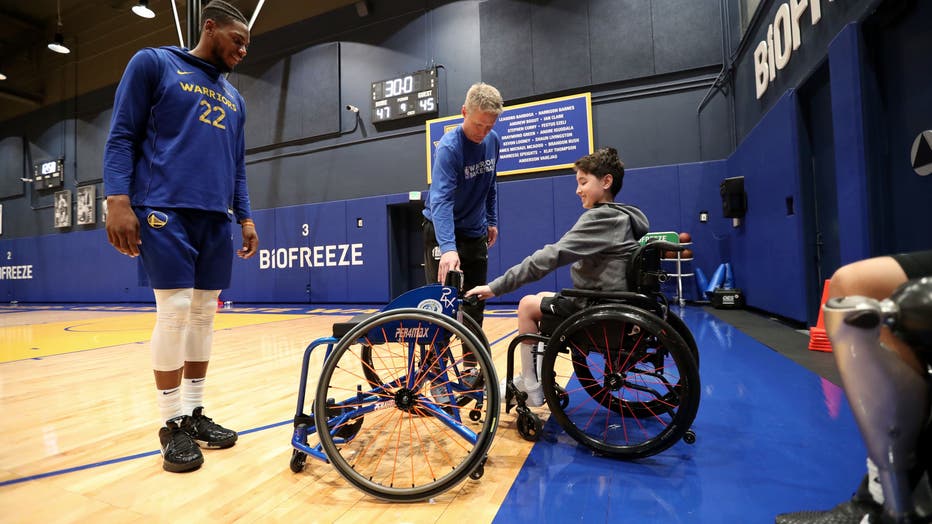 When 12-year-old Devan Watkins arrived at the Chase Center last Wednesday, the young athlete from Menlo Park thought he was being treated to a special viewing of his favorite team during practice. 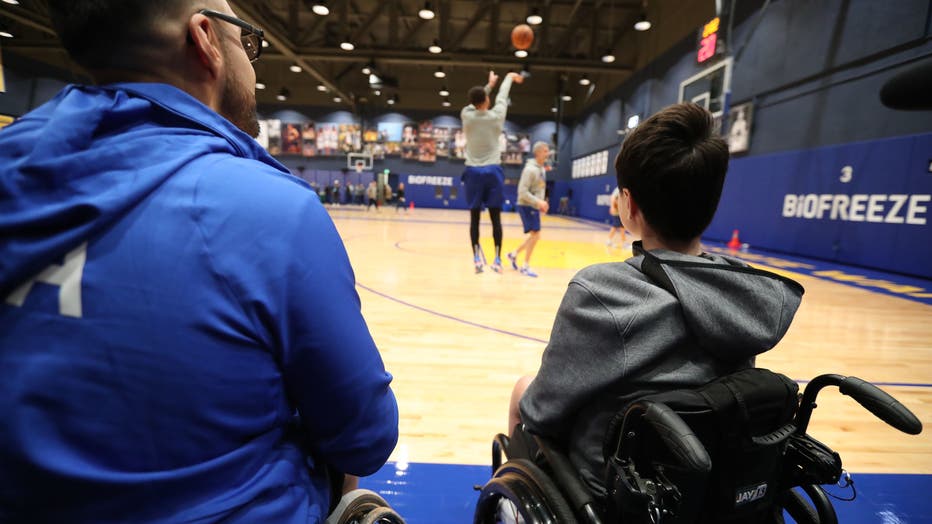 He did get to watch the Warriors on the court, but what happened next will be a moment the child will remember for a very long time.

Following the practice, Kerr and Robinson came over to the young fan and presented him with a surprise: his first-ever customized basketball wheelchair. 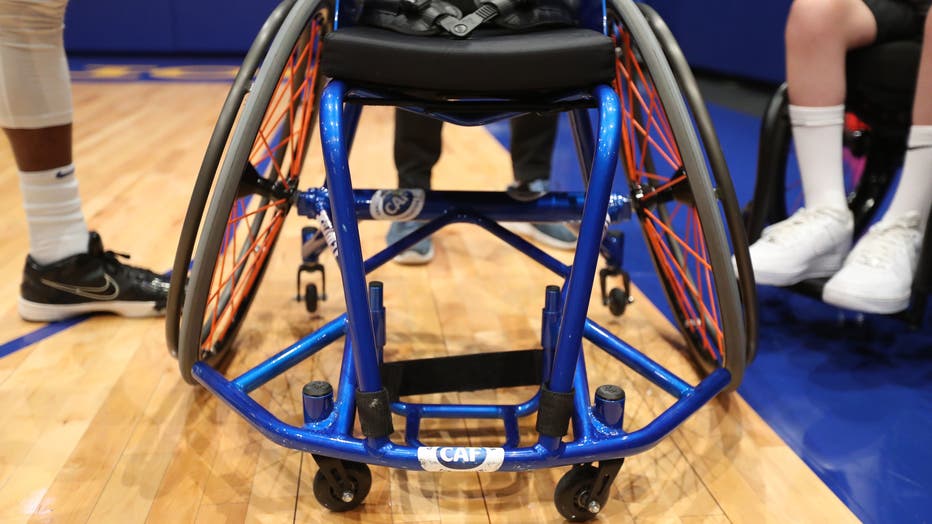 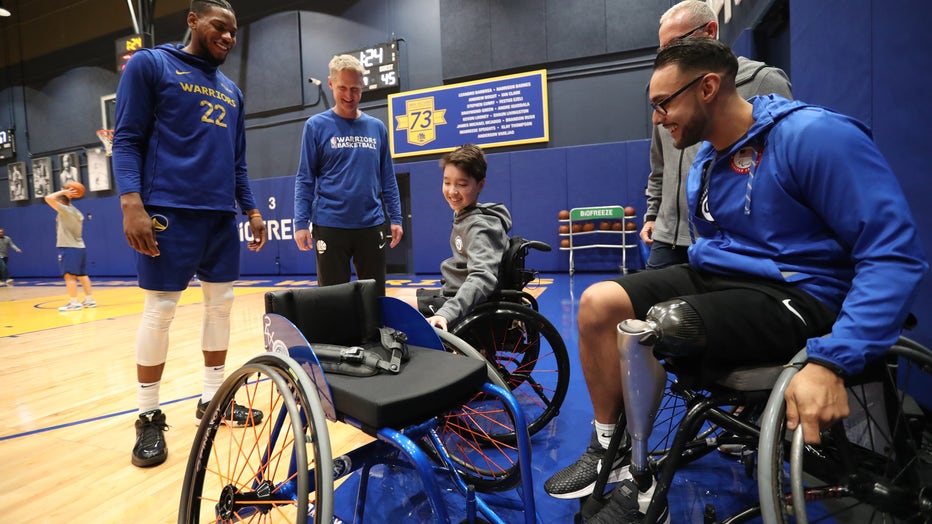 Devan Watkins and Jorge Sanchez at Chase Center on January 15, 2020 in San Francisco, Ca. (Photo by Jed Jacobsohn for CAF)

Devan was blown away.

“I thought I was just going to watch the Warriors practice. So when Coach Kerr and Glenn Robinson came over with a brand new basketball wheelchair and said it was for me – I was very shocked," the young athlete said.

Part of the day also included a chance to meet other players of his beloved team, including the two members of the Splash Brothers: Stephen Curry and Klay Thompson. 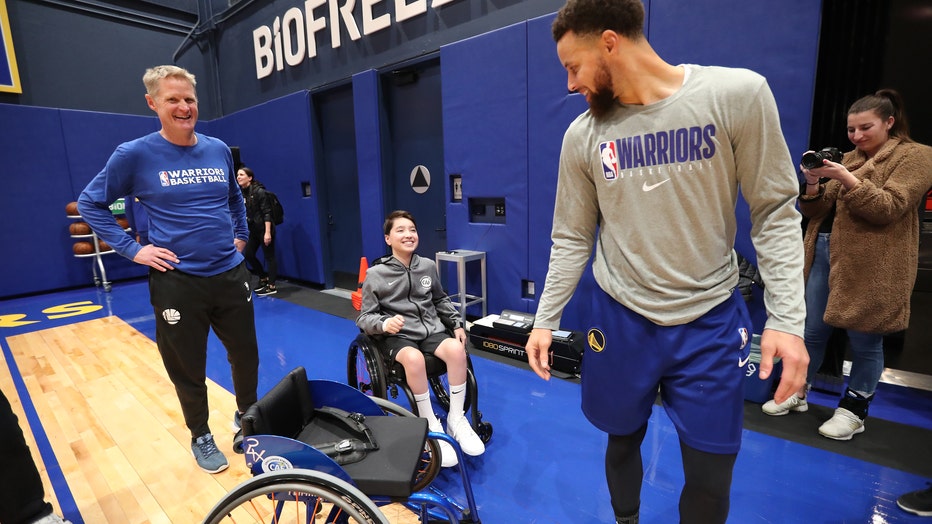 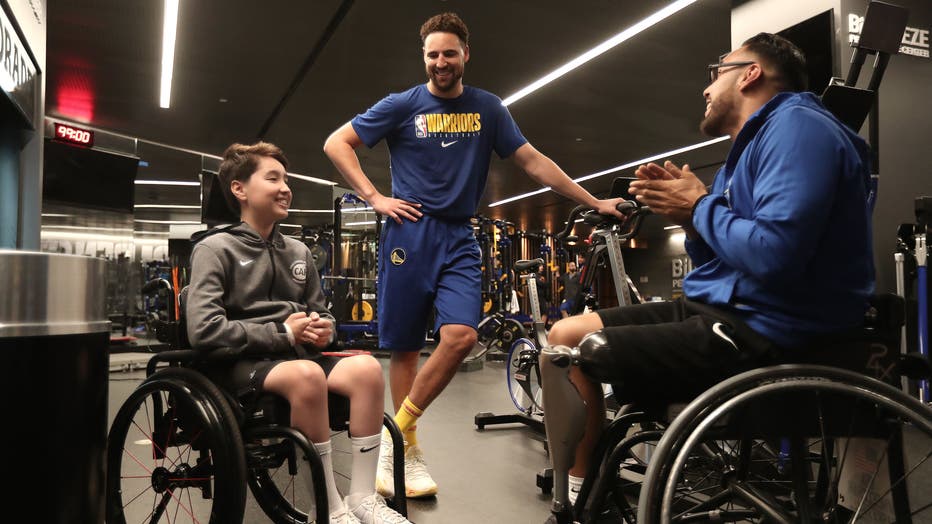 The 12-year-old has been actively involved in playing youth wheelchair basketball. Up until now, he had been taking to the court in a borrowed chair from the Bay Area Outreach Recreation Program (BORP), which seeks to enhance the lives of people with physical disabilities through sports and recreational activities.

So receiving a specially customized chair of his own, was certainly meaningful to both Devan and his family.

The child spent three months in the hospital, before he was finally able to return home. After the surgery, as Devan and his family got adjusted to a very different life, it was clear to them how critical it would be for the young athlete to return to an active lifestyle.

In addition to picking up wheelchair basketball, he also started taking swim lessons through BORP and recently, he started working with Southern California-based Challenged Athletes Foundation (CAF). The foundation offers what's known as its High School Adaptive Sports program, which helps prepare young athletes like Devan to participate in track and field teams in school.

As part of Devan's very special day, he was accompanied by another inspiring figure. Team USA Paralympian and Oakland native, Jorge Sanchez, was by the child's side. At a young age, Sanchez got involved in adaptive sports and himself began playing wheelchair basketball.

Sanchez was 8-years-old when he was diagnosed with osteogenic sarcoma in his left femur. The condition eventually led to his left leg being amputated. 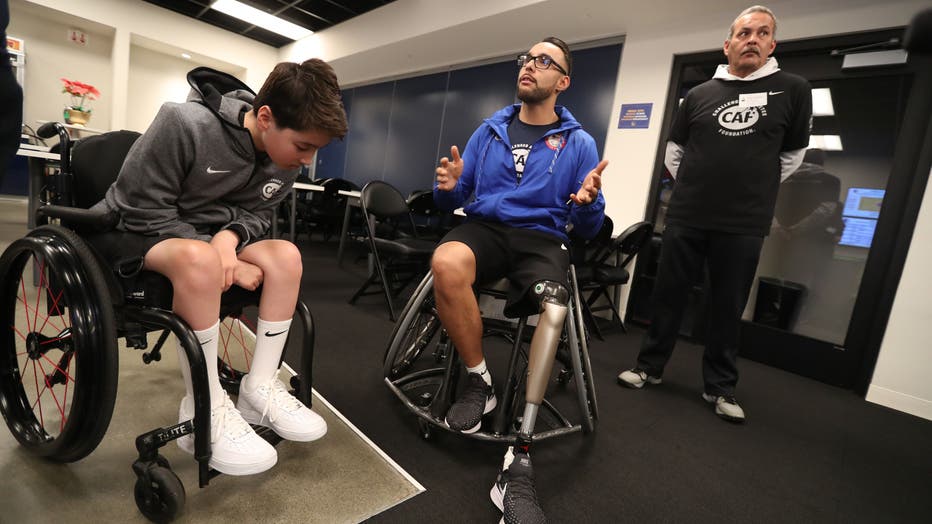 "By the age of 14, he had earned MVP on his high school team, then received a full scholarship to the University of Texas at Arlington, where he played wheelchair basketball for the Movin’ Mavs," CAF explained. Now at the age of 26, Sanchez plays professionally in Spain as a member of the U.S. Men’s National Team.

He also plays a significant role off the court. "He is a mentor with the Challenged Athletes Foundation and is helping motivate Devan Watkins on his athletic journey with wheelchair basketball," CAF said.

During his day with Devan, Sanchez offered the young athlete some words of advice and experience, and his presence clearly helped make the day even more memorable for the child.

"This piece of equipment and all the tips from Jorge Sanchez are so helpful,” Devan said.

For the child's family, it was a wonderful experience that would advance their efforts to continue to make sports an integral part of Devan's life. 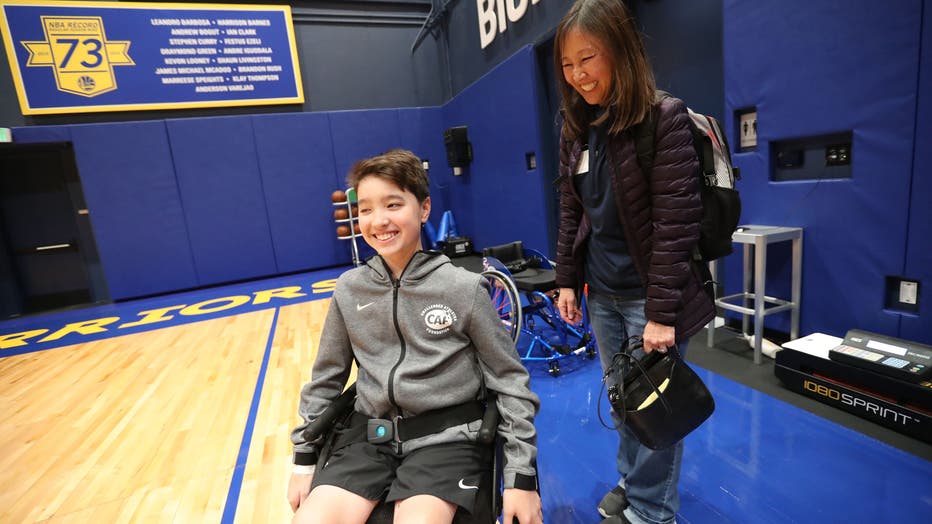 “He loves playing basketball with friends trying new things because it makes him feel good,” explained Devan's mother, Lisl Shoda. “Perhaps that’s the heart of it, that basketball is not only good for his physical health, but also for his mental health and overall confidence.” 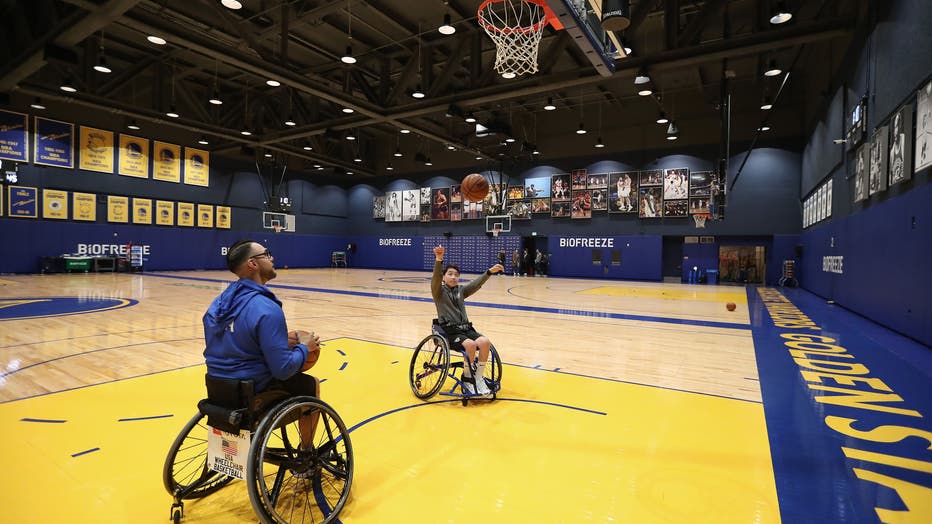 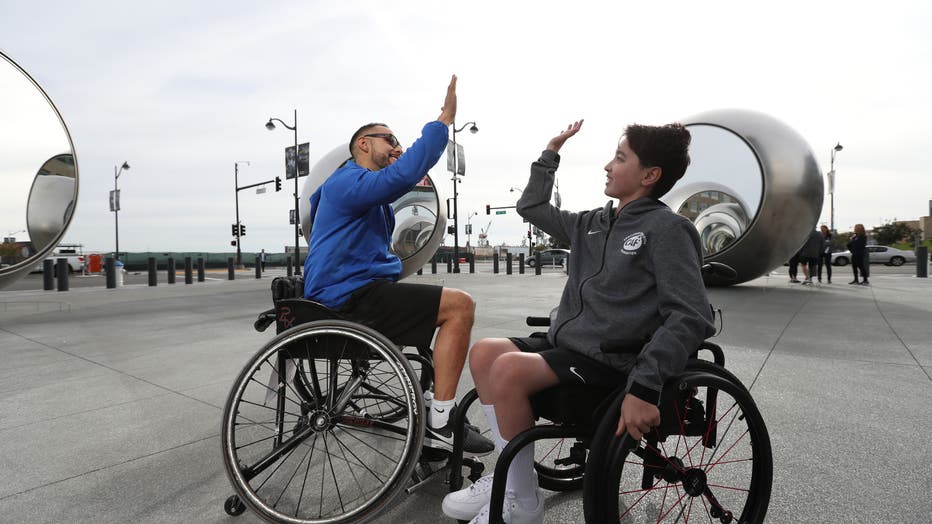