Facebook CEO Mark Zuckerberg had a tense clash with Axios editor-in-chief Mike Allen over the suggestion that Facebook is a "right-wing echo chamber."

In an interview released Wednesday, Allen insisted that Zuckerberg's platform is "helping President Trump win." He asked the billionaire what he thought about the president and fellow Republicans being able to "master Facebook."

"Well, actually, I think across the spectrum. I don't think this is a Democrat or Republican thing," Zuckerberg responded. "I think that some people are more sophisticated and just authentic and natural on the internet and social media than others. But overall, I do think that social media allows everyone to have a voice, including people who might have not traditionally been able to get their message out through a lot of the traditional media. And that's not necessarily a partisan point."

Allen conceded that it's "not partisan," noting how President Obama utilized Facebook to win his elections, but stressed how "that's flipped" in favor of Trump and conservatives.

"Facebook, the reality is, is a real right-wing echo chamber," Allen told Zuckerberg. "If you look at some of the loudest voices, it's your Breitbart and it's Sarah Palin and its Franklin Graham and that part of the spectrum has figured out Facebook in this moment. Your liberal friends must hate it."

"I don't think the service is a 'right-wing echo chamber' to use your words. I think that everyone can use their voice and can find media that they trust that reflects the opinions and the life experiences they're having," Zuckerberg told the Axios co-founder. "Some people, I think, had found before that their experiences weren't being covered by traditional media and are now able to find voices and follow them that resonate more with their life experience. It's not clear to me that it's a bad thing." 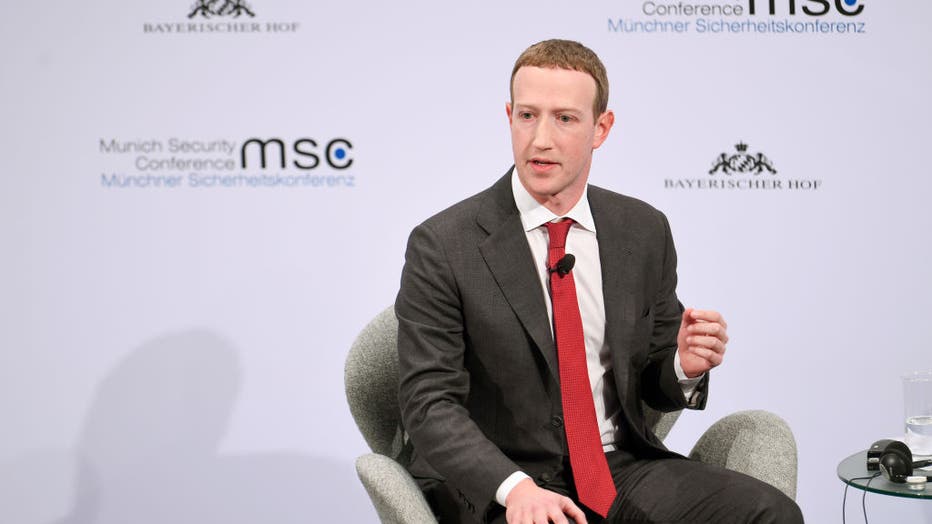 Allen doubled down on his assertions, telling Zuckerberg that the Facebook posts that users "act on" with likes, shares, and comments are driven by the "right, often the hard right."

While Zuckerberg acknowledged that "partisan content" tends to draw more engagement, but rejected the "meme" that his platform's algorithm purposefully seeks to "enrage people."

"The way that our algorithm works overall is not primarily trying to highlight the content that is kind of most enraging," Zuckerberg said. "It's trying to show people the content that's going to be the most meaningful. It's the type of stuff that you'd expect that's most important in the world."

RELATED: Facebook will pay some users to deactivate their accounts ahead of 2020 election

"But if you push your head in the Facebook machine, there is a lot of rage," Allen told Zuckerberg. "It may not be the design, but that's the reality."

"Well, I think if you look at the country right now, there is a lot of people who are very exercised and, frankly, for a lot of good reasons. And we have real issues," Zuckerberg said. "I think that sometimes there's a fine line between an important level of high energy around an important issue and something that can kind of tilt over into causing harm."