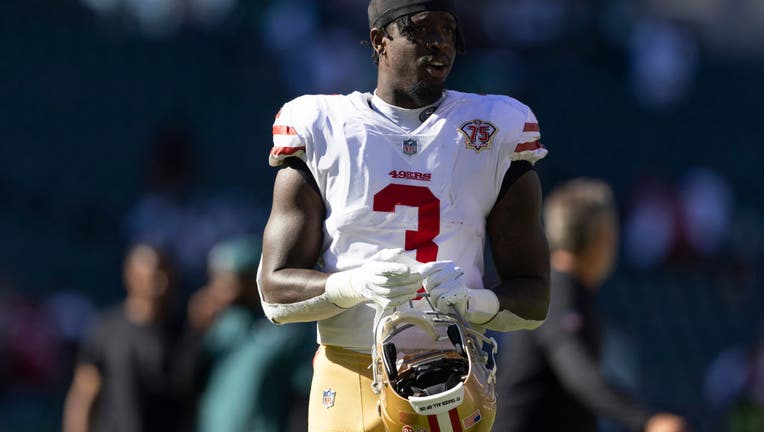 PHILADELPHIA, PA - SEPTEMBER 19: Jaquiski Tartt #3 of the San Francisco 49ers looks on against the Philadelphia Eagles at Lincoln Financial Field on September 19, 2021 in Philadelphia, Pennsylvania. (Photo by Mitchell Leff/Getty Images)

The 49ers made a series of roster moves Saturday after ruling out defensive end Dee Ford and linebacker Azeez Al-Shaair for Sunday's game at Chicago with concussions.

Givens was activated from injured reserve after missing the past four games with an ankle injury. Willis is back after serving a six-game suspension for violating league rules on performance-enhancing drugs. He had a one-week roster exemption to return to practice and was added to the 53-man roster Saturday.

Kinlaw underwent season-ending surgery on his right knee earlier in the week. Tartt has a bone bruise on a knee and will miss at least the next three games.