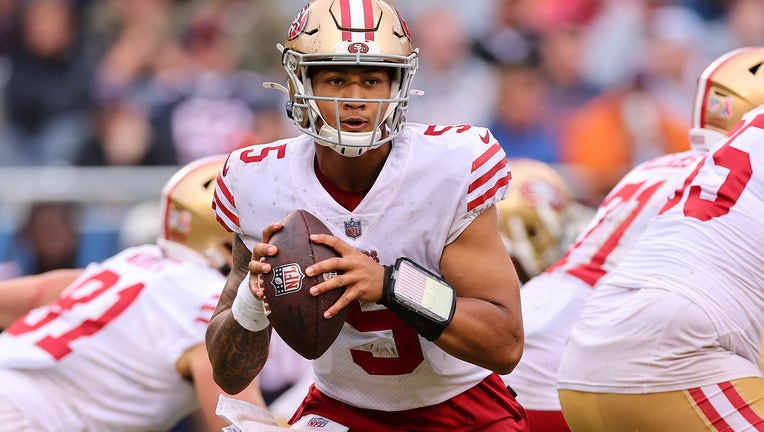 CHICAGO, ILLINOIS - SEPTEMBER 11: Trey Lance #5 of the San Francisco 49ers looks to pass against the Chicago Bears at Soldier Field on September 11, 2022 in Chicago, Illinois. (Photo by Michael Reaves/Getty Images)

San Francisco 49ers quarterback Trey Lance says he is ready to turn the page to week two following the team's week one loss in Chicago.

Lance was the subject of a lot of criticism after the 19-10 loss to the Bears. But, Niners Head Coach Kyle Shanahan says the criticism is tuned out.

"I don't account for it," said Shanahan. "That's out side of here, that doesn't have to do with what were doing."

Lance completed 13 of his 28 pass attempts, tallying 164 yards. He threw one interception and zero touchdowns.

Lance says he takes responsibility for the mistakes.

"I make most of the decisions other than the play call so, at the end of the day I see it as there was always a better answer," said Lance. "What I do makes all the difference in the world."

"Trey is a guy who is always hard on himself," said Shanahan. "Trey does everything right."