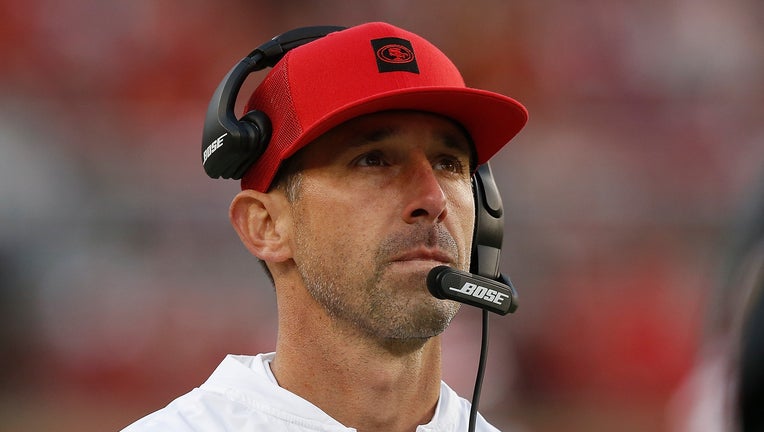 SANTA CLARA, CALIFORNIA - DECEMBER 15: Head coach Kyle Shanahan of the San Francisco 49ers looks on from the sideline in the fourth quarter against the Atlanta Falcons at Levi's Stadium on December 15, 2019 in Santa Clara, California. (Photo by Lachl

SANTA CLARA, Calif. - The San Francisco 49ers have given head coach Kyle Shanahan a new six-year contract that replaces the remaining three years on his deal and keeps him in the Bay Area through the 2025 season, sources tell ESPN.

Shanahan and 49ers owner Jed York reportedly reached an agreement quickly and without objection from either side. The new six-year contract replaces a former six-year deal Shanahan signed in February 2017.

The extension makes Shanahan one of the five highest-paid head coaches, according to ESPN. The dollar figure has not yet been reported.

Shanahan, 40, has made strides in turning the 49ers franchise around since he was brought on three years ago, snapping a losing record, winning the NFC championship and making it to Super Bowl 54. The former offensive coordinator for the Cleveland Browns and the Atlanta Falcons is recognized for having an exceptional offensive mind.