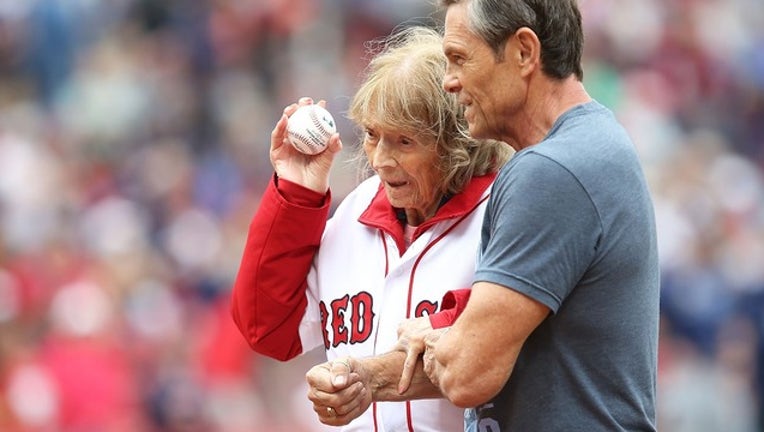 Julia Ruth Stevens, the daughter of Babe Ruth, throws out a ceremonial first pitch before a game between the Tampa Bay Rays and Boston Red Sox on July 9, 2016 at Fenway Park in Boston, Massachusetts. (Photo by Adam Glanzman/Getty Images)

HENDERSON, Nev. (AP) - Julia Ruth Stevens, a last surviving daughter of Hall of Fame baseball slugger Babe Ruth and a champion of his legacy, has died.

Stevens' family says she died Saturday at an assisted living facility in Henderson, Nevada, after a short illness.

Stevens authored three books about her famous father and called him "a one of a kind" who will always be mentioned as long as there is baseball.

She was adopted by baseball's biggest star soon after Ruth married her mother, Claire Hodgson, in 1929 when Julia was 12.

Stevens was the older of two daughters adopted by Ruth.

Dorothy Ruth Pirone, who was Ruth's younger daughter from a previous relationship, died in 1989.

Stevens' funeral plans and a list of her survivors weren't immediately available.