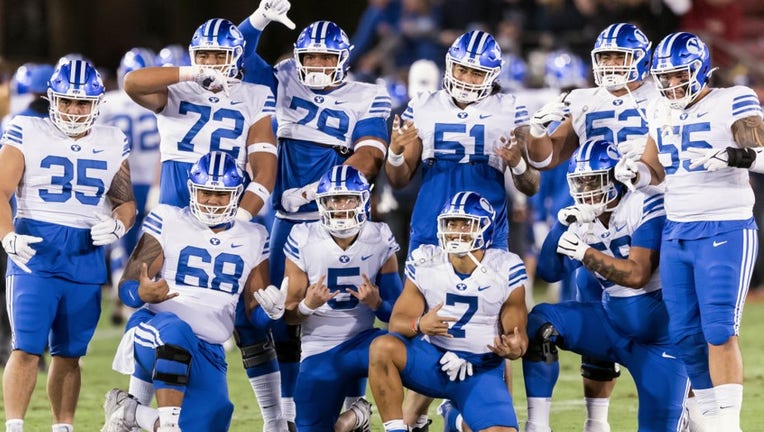 "Rest in Love Sione. God be with you till we meet again," the Cougars wrote on Twitter.

Before he enrolled in BYU, Veikoso served a full-time mission for the Church of Jesus Christ of Latter-day Saints from 2018-20 in Brazil. He began his college career at Arizona State.

He eventually transferred to BYU and appeared in one game during the 2022 college football season. Veikoso was a three-star high-school recruit.

"We are extremely saddened to learn of the tragic death of one of our brothers, Sione Veikoso," BYU head coach Kalani Sitake wrote on Twitter. "His passing is heartbreaking to all of us. We offer our deepest condolences and prayers to his family as we share in their grief. Our love for you is forever, Sione!"

Veikoso was part of a crew working on a 15-foot retaining wall when it partially collapsed, according to KITV News in Honolulu. Multiple individuals were trapped after the collapse.

Firefighters responded to the scene and removed the rubble to reach the people who were trapped, the report revealed. At least two were in serious condition.

"The BYU Football Family mourns the passing of our dear teammate and fellow Cougar, Sione Veikoso," BYU athletics director Tom Holmoe said on Twitter. "May his family and friends feel our love and faith at this most sacred and difficult time. Peace be with you now and forever Sione."