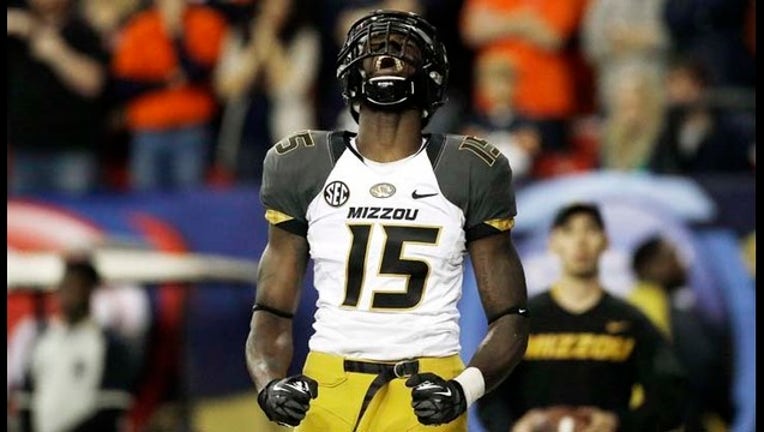 How he handles background checks on potential draft picks, right along with the evaluation of their pure football potential, will be paramount.

He was put on the spot about interest in Oklahoma wide receiver Dorial Green-Beckham, who has visited San Francisco headquarters leading up to the draft. The Niners are scheduled to make their first selection at No. 15 on Thursday.

"We've done our homework like we do with every player in this draft," Baalke said. "Every situation's different, so to compare him or anyone else in this draft to Greg Hardy, I don't think you can do that. ... You look at it for what it is and you dig into it as much as you can. And that's all we can do in this business."

After key members of the secondary departed again this offseason, Baalke could make that a priority going into his sixth draft in charge.

Not that he sees many holes.

"Don't feel like people can look at our roster and say, 'They've got to go do this,'" Baalke said. "We feel very good about where this roster's at in terms of going out and playing a football game tomorrow."

The 49ers went 8-8 and missed the playoffs for the first time in four years following three straight trips to the NFC championship game and a Super Bowl runner-up after the 2012 season. San Francisco parted ways with Jim Harbaugh, now coaching his alma mater at Michigan.

Here are some things to consider as the 49ers head into draft day:

WIDE RECEIVER DEPTH: Anquan Boldin is entering the final year of his contract, while former first-round pick Michael Crabtree has departed to Oakland and Stevie Johnson also is gone. Thus, San Francisco could use some depth in the receiving corps.

San Francisco added Torrey Smith in free agency on a five-year deal that could be worth up to $40 million, with $22 million guaranteed, and he will be reunited with former Baltimore teammate Boldin.

JUSTIN SMITH FACTOR: No, the Niners still don't know whether defensive lineman Justin Smith will be back for a 16th season. And they're not rushing him.

Baalke insists Smith's uncertain future will have no influence on how the team drafts for the position.

San Francisco signed Darnell Dockett, nose tackles Ian Williams and Glenn Dorsey are expected to be healthy again, while Baalke is confident in the contributions Tank Carradine and Quinton Dial can make as regulars.

"We're in no hurry to get that decision from Justin," Baalke said. "It doesn't make a difference going into the draft room."

SO LONG, LINEBACKERS: Five-time All-Pro Patrick Willis retired in a surprising move for the 30-year-old star, then fellow linebacker Chris Borland topped the Willis announcement by walking away from the game following his standout rookie season.

NaVorro Bowman is expected on the field soon after he missed all of last season recovering from left knee surgery, while San Francisco also was working on an extension for Michael Wilhoite.

RUNNING BACKS: Frank Gore is gone. He was the heart of the franchise, not to mention its all-time rushing leader.

Now, running back Carlos Hyde is in top physical form as he looks to build off a strong rookie season. Kendall Hunter is healthy from his latest injury, a torn right ACL from last training camp that sidelined him all of 2014. Reggie Bush is ready for a fresh start.

"He can catch a football as well as anyone who's done it their whole life," Baalke said.

TOMSULA'S ROLE: Baalke goes through this draft with a new head coach, though Jim Tomsula has been around the organization long enough the GM considers this to be a seamless transition.

Tomsula's focus has changed and he expressed the need for a quick learning curve to be prepared for all positions, unlike in the past when he would study primarily defensive linemen.

"The thing that I'm really appreciating is the inclusion of all information from all people, and the way Trent and all the personnel is working, and obviously that's the lead right there," Tomsula said. "That's where it's going. And then the coaches doing their work and bringing it in, and just the open dialogue and things that have been going on right now, you couldn't ask for anything better in terms of that."