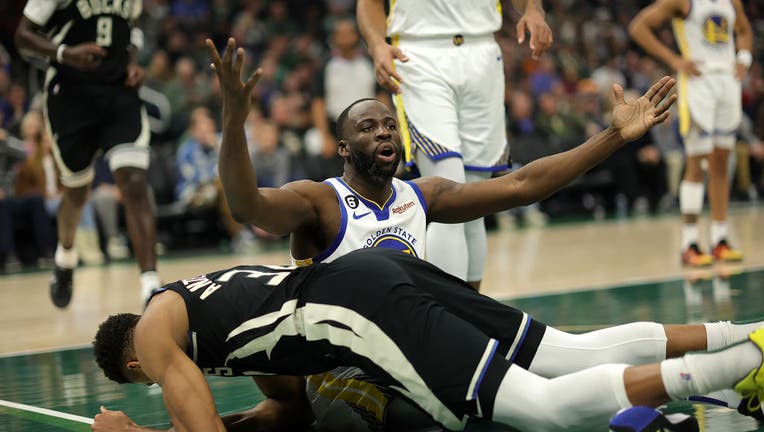 MILWAUKEE, WISCONSIN - DECEMBER 13: Giannis Antetokounmpo #34 of the Milwaukee Bucks is fouled by Draymond Green #23 of the Golden State Warriors during the first half of a game at Fiserv Forum on December 13, 2022 in Milwaukee, Wisconsin. NOTE TO US

Golden State Warriors superstar Draymond Green said he received a death threat from a fan during the team's game against the Milwaukee Bucks on Tuesday night.

Video from the game shows Green engaging in a heated conversation with the fan while Bucks star Giannis Antetokounmpo shot a free throw. Shortly after the interaction, Green approached the referees and could be seen pointing toward the fan.

Following a short conversation, security guards came on to the court and escorted the fan out of the arena.

Following the game, Green told reporters "I was this close to diving back and like diving all the way in," Green said. "But just went back and told the official. And when I told the official what he said, he was like "oh, he got to get out of here."

The NBA is reportedly investigating the incident.