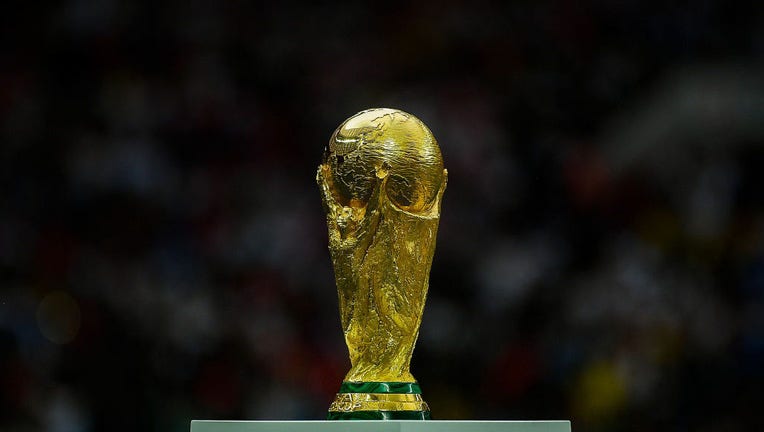 The World Cup Trophy is seen during the 2018 FIFA World Cup Russia Final between France and Croatia at Luzhniki Stadium on July 15, 2018 in Moscow, Russia. (David Ramos - FIFA/FIFA via Getty Images)

NEW YORK - FIFA has announced the host cities for the 2026 World Cup Thursday with three Mexican cities and two from Canada selected for the tournament.

The U.S. cities selected did not include the nine stadiums used at the 1994 World Cup. The Rose Bowl in Pasadena, California, and Orlando’s Camping World Stadium were the only ones remaining in contention, and they were among the sites dropped in the final round.

Here is the full list of the cities selected.

Orlando’s Camping World was dropped among existing 1994 venues. The Detroit area, where the old Pontiac Silverdome hosted games, was cut in 2018 and Baltimore’s M&T Bank Stadium was dropped after FedEx Field in Landover, Maryland, dropped out. Washington’s RFK Stadium was used in 1994.

RELATED: Seattle named as a host site for the 2026 FIFA World Cup

Mexico City’s Estadio Azteca, which hosted the 1970 and ’86 finals and will become the first stadium in three World Cups, was selected along with Guadalajara’s Estadio Akron and Monterrey’s Estadio BBVA.

The bid plan envisioned 60 games in the U.S., including all from the quarterfinals on, and 10 each in Mexico and Canada.

Specific sites for each round will be announced later.

The Associated Press contributed to this story.  This story was reported from Washington, D.C.