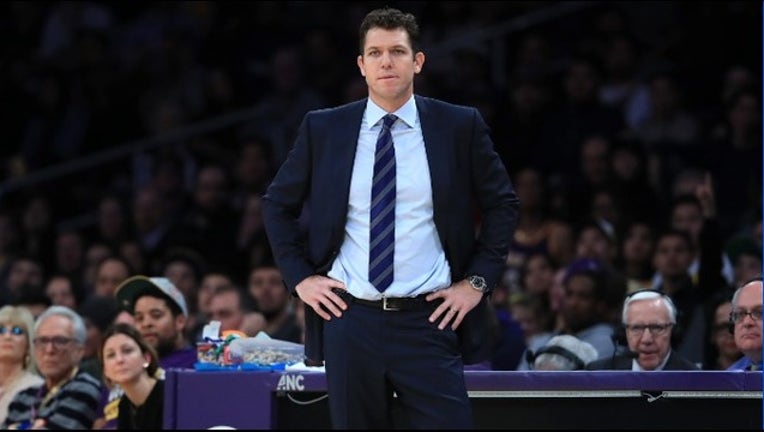 (KTVU) - The Sacramento Kings and Luke Walton are moving quickly towards a deal that makes him the team’s new head coach, according to ESPN. Kings General Manager Vlade Divac is expected to make the formal announcement as soon as this weekend.

The 39-year-old Walton, who guided the Warriors into the record books with a 24-0 run in coach Steve Kerr’s absence to start the 2016 season, still had two years left on his five-year contract with the Lakers. The swift job acceptance follows a disappointing finish to a season with large expectations following the acquisition of LeBron James.

Sacramento, who went 39-45 this season, has rising talent with one of the league’s best young stars in point guard De’ Aaron Fox.  They averaged 114.2 points per game, good for ninth best. The team will now look to Walton to lead a run into the playoffs for first time since 2005-06.