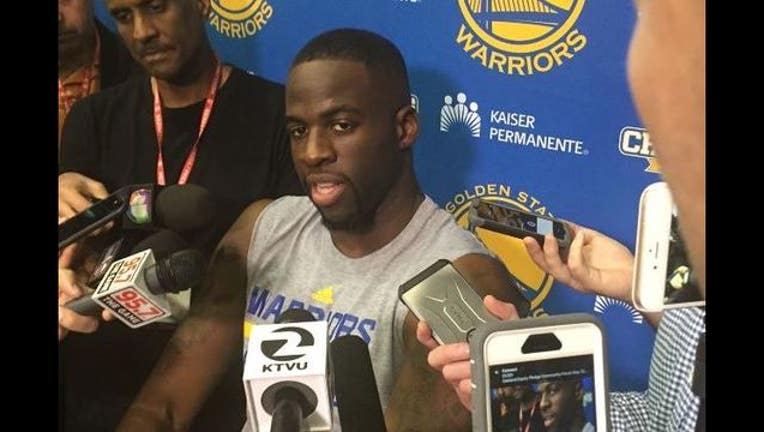 Green initially wrote on Twitter that his account had been hacked after the photo was posted Sunday, but later said the mistake was his.

"It was a situation where it was meant to be a private message and kind of hit the wrong button, you know?" he said before the U.S. Olympic men's basketball team practiced. "Like I said, it was meant to be private, but we're all one click away from placing something in the wrong place and I suffered from that this morning."

Green's troubles date to the NBA Finals, when he was suspended for Game 5 for an accumulation of flagrant foul points after hitting LeBron James in the groin area. He was accused earlier this month of striking a Michigan State football player in the face outside a restaurant near the school's East Lansing campus and will pay $560 for a noise violation in a deal that gets rid of a misdemeanor assault-and-battery charge.

But Green said he wasn't feeling sorry for himself.

He and other members of the U.S. team have been posting to social media regularly during an exhibition tour before the Olympics. He said he quickly realized his error, but by then it was too late.

"I figured it out pretty quick, but in this world, quick ain't quick enough," Green said. "Once it's out, it's out."