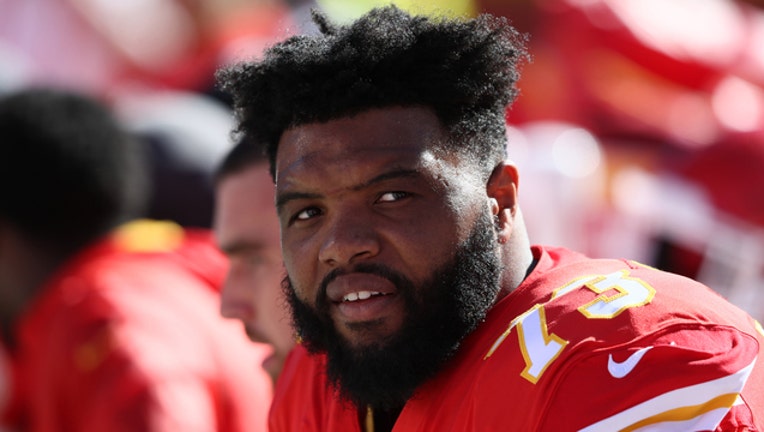 KANSAS CITY, Mo. (FOX 2) - A Kansas City Chiefs offensive lineman rewarded a homeless man Saturday who helped the player get his car out of the snow before his game against the Indianapolis Colts.

Jeff Allen, a backup guard, wrote on Twitter he got stuck in the snow before the game. He wrote that a nice guy named Dave helped pull him out. The only thing he knew was the guy's name and that he drove a 97 or 98 black Suburban.

He then asked his followers to retweet - which was easy. A few hours later, Allen was connected to Dave Cochran so he could properly thank him.

Allen got to the playoff game, in which the Chiefs defeated the Colts, 31-13.

Cochran later talked to KSHB-TV and said he didn't even know Allen played for the Chiefs.

“After I got done helping him, he told me he was a Chiefs player,” he said. “I didn’t look at him as no Chiefs player. I just looked at him as a normal person. I would hope that he’d do the same for me as I did for him.”

Cochran said he's recently hit a rough patch and lives in the car with his girlfriend and their dog. When he stopped to help, he said he didn't expect anything in return.

“It’s like a dream come true. I’d seen the message this morning. And I’m not even gonna fake with you. Call me soft if you want to home boys, but I started bawling,” he said.

Allen wasn't the only person he helped that day. He said he pulled one car out before that and then found Allen.

“That’s a natural habit for me is to help people," he said. "I don't expect anything in return. All I was expecting was a thank you.”

FOX 2 reported on this from Southfield, Mich.