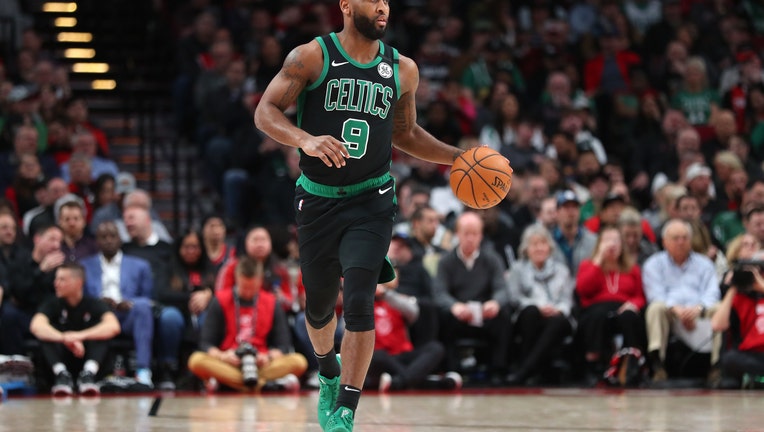 Brad Wanamaker #9 of the Boston Celtics dribbles with the ball in the first quarter against the Portland Trail Blazers during their game at Moda Center on February 25, 2020 in Portland, Oregon. (Photo by Abbie Parr/Getty Images)

SAN FRANCISCO - Free agent guard Brad Wanamaker has signed with the Golden State Warriors, giving the team additional depth in the wake of Klay Thompson’s Achilles injury that will sideline him all season.

The Warriors announced the deal Tuesday, two days after acquiring guard Kelly Oubre from the Oklahoma City Thunder in a trade for draft picks.

Thompson will miss the season after tearing his right Achilles tendon while playing a pickup game in Southern California last Wednesday. He already sat out the coronavirus-shortened season recovering from surgery for a torn ACL in his left knee that he injured during Game 6 of the 2019 NBA Finals.