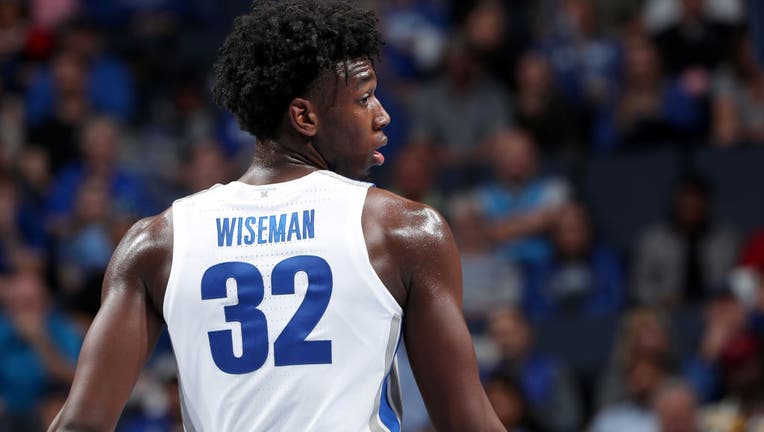 Wiseman averaged 34.2 points in three games as a freshman for the Tigers before a 12-game suspension by the NCAA because his family received money during the recruitment process. While serving the penalty, the 7-foot-1, 240-pound Wiseman decided to turn his attention to the draft.

"Just going through this adversity made me stronger as a person," Wiseman told ESPN shortly after the pick. “I'm truly ready just to go to Golden State and go and learn as much as possible.”

News that guard Klay Thompson injured his leg earlier Wednesday during a workout on his own in Southern California put a damper on Golden State's draft.

The team announced the injury without providing further details on the severity or any timeline for his availability with training camp starting Dec. 1 and the season beginning Dec. 22.

This could be a severe blow for the Warriors, who finished worst in the NBA this season. Thompson didn’t play during the coronavirus-shortened season as he worked back from surgery for a torn ACL in his left knee. He suffered the torn ACL during the deciding Game 6 of the 2019 NBA Finals against the champion Toronto Raptors.

Golden State finished 15-50 for the NBA’s worst record, with Thompson out and Stephen Curry nursing a broken left hand that sidelined him for more than four months. Two-time NBA Finals MVP Kevin Durant departed in free agency to join the Brooklyn Nets.

Professional sports leagues in the United States each hold annual drafts, but they use different methods in determining the draft order.