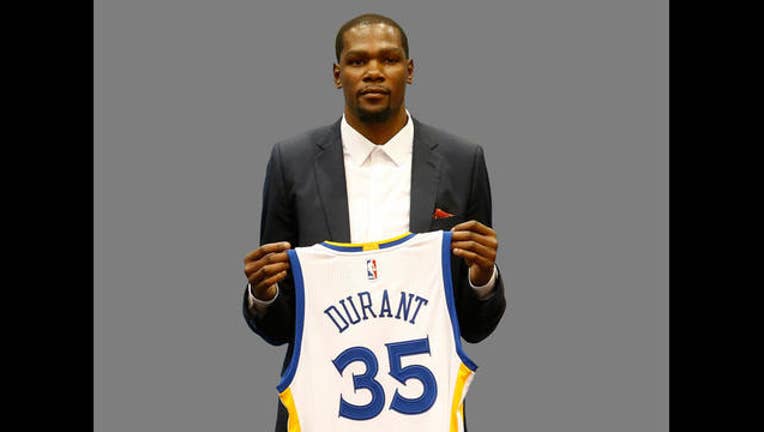 He worked out yesterday with the team in Oakland, before they flew to Portland.

He is still listed as questionable, after straining his left calf in Game 1 of the series.

Durant sat out game two, but the Warriors didn't need him- they are up two games to none.

Coach Steve Kerr says Durant could play if this were Game 7 of the NBA Finals, but the team does not want to rush him and jeopardize his long-term health.