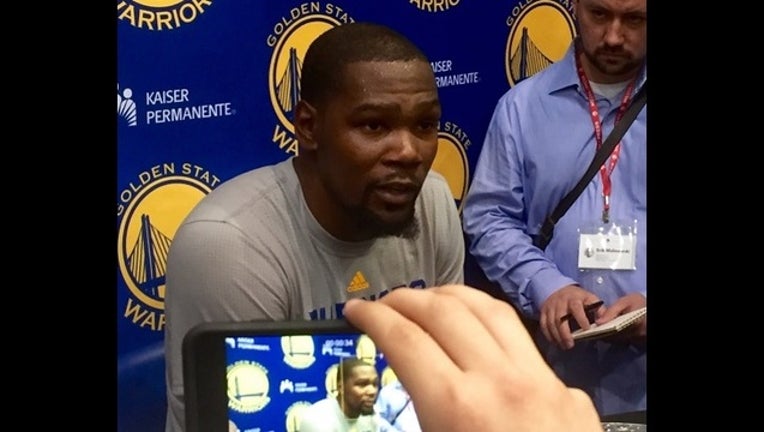 OAKLAND (AP) -- Kevin Durant is out for the Golden State Warriors in Game 2 of their playoff series with Portland on Wednesday night.

Durant strained his left calf during a Game 1 victory Sunday, when he had 32 points and 10 rebounds in his playoff debut for Golden State. He didn't practice Tuesday and wasn't seen at the team's morning shootaround Wednesday, then coach Steve Kerr made the announcement during his pregame press conference.

It wasn't that surprising because the Warriors planned to be extra cautious with their superstar, who recently returned for the final three games of the regular season after being sidelined for 19 games with a Grade 2 MCL sprain in his left knee and bruised tibia.

While the Warriors struggled initially with him out, they also produced a 14-game winning streak and locked up the NBA's best record for a third straight year.