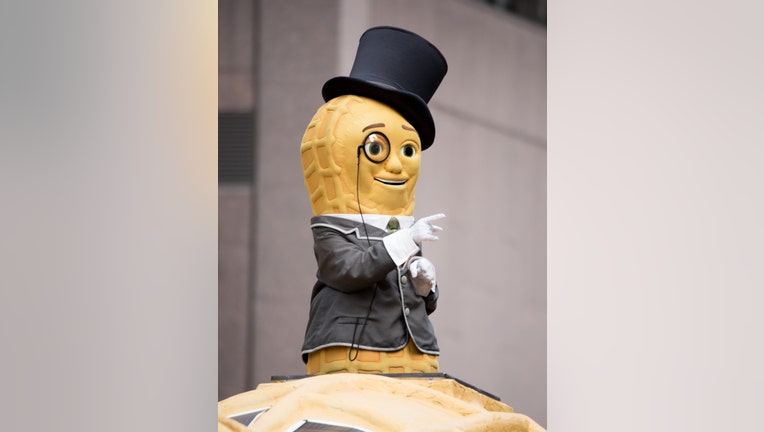 His funeral will be aired during the NFL championship game slated for Feb. 2 in Miami. Planters, owned by The Kraft Heinz Company, is vying for attention during one of the few major events that still sports a massive live audience amid a competitive environment in which streaming services continue to increase its audience. And many viewers tend to view the commercials that air during the game as entertainment in and of themselves.

"It is with heavy hearts that we confirm that Mr. Peanut has died at 104. In the ultimate selfless act, he sacrificed himself to save his friends when they needed him most. Please pay your respects with #RIPeanut," the company tweeted Wednesday.

Some advertisers hope to provide some welcome distraction and entertainment of their own as the game wears on. As much as this year’s Super Bowl will be a battle on the field between the San Francisco 49ers and the Kansas City Chiefs, it will be a battle between advertisers for who gets the buzz — and who gets forgotten.

And, the price to capture a viewer's attention is known to be steep.

For this year's matchup between the Kansas City Chiefs and San Francisco 49ers, a 30-second spot costs $5.6 million, according to AdWeek, up from last year's $5 million.

In the newly-released spot, Mr. Peanut was seen alongside his friends Matt Walsh and Wesley Snipes on an adventure in the mascot's automobile when the met his doom.

When the "NUTmobile" spins out of control, the trio jump out and cling to a tree branch. The branch was moments away from breaking when Mr. Peanut "sacrificed himself" and let go.

“It’s with heavy hearts that we confirm MR. PEANUT has passed away at 104 years old,” said Samantha Hess, PLANTERS brand manager at Kraft Heinz. “He will be remembered as the legume who always brought people together for nutty adventures and a good time. We encourage fans to tune in to MR. PEANUT’s funeral during the third quarter of the Super Bowl to celebrate his life.”

The ad, produced by VaynerMedia and features Cutting Crew’s “(I Just) Died in Your Arms,” is slated to air right before the championship game kicks off.

During the third quarter of the game, the brand will air an additional spot for his funeral "so the world can mourn the loss of the beloved legume together."

The company says fans of the "snacking icon" can show how much Mr. Peanut meant to them by sharing the black crying monocle and their favorite memory on social using #RIPeanut, the company said.