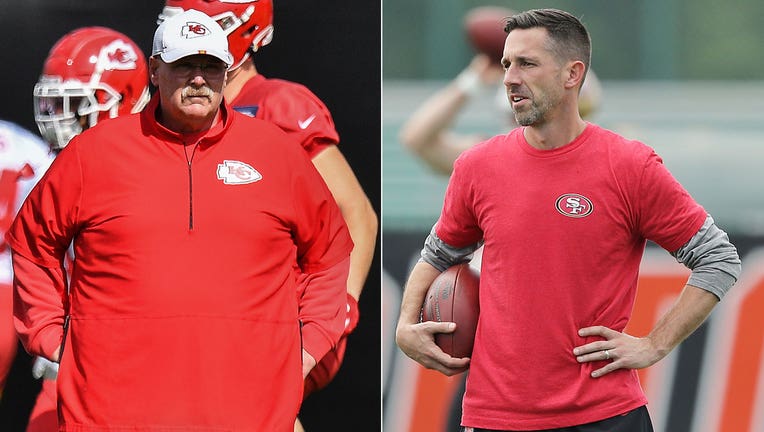 MIAMI - The big game is almost here and we’ll find out who best coached their team to victory – Andy Reid or Kyle Shanahan.

The Kansas City Chiefs are known for their very creative plays and coach Andy Reid has possibly the best explanation for how that happened.

Reid's son, Britt, says his father is a mixture of wildly different skill sets: Science, math and book smarts come from Andy's mother who was a radiologist, while creativity and artistry come from Andy's father who worked in Hollywood as a scenic artist.

What time is the Super Bowl?

The big game will air Sunday, Feb. 2 on FOX.

As for the San Francisco 49ers, the team has won games almost every way possible this season. They’ve won high-scoring and low-scoring games. They’re also versatile, efficient and dominant.

The 49ers got to the Super Bowl by relying on coach Kyle Shanahan's innovative running game.

So which coach are you? Find out in the quiz below.

Watch Super Bowl LVI on Sunday, Feb. 2, on FOX. This station is owned by the FOX Corporation.