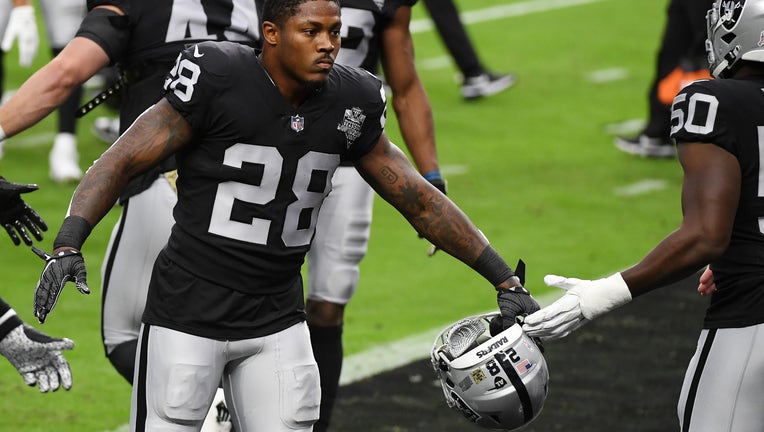 LAS VEGAS, Calif. - Raiders running back Josh Jacobs was arrested early Monday morning in Las Vegas for driving under the influence hours after the team beat the Broncos in Denver.

Police responded to a single-car crash at approximately 4:40 a.m. near the McCarran airport connector and found Jacobs impaired, according to a release from the Las Vegas Metro Police Department.

The 22-year-old who scored the winning touchdown Sunday was booked at the Clark County Detention Center after receiving treatment for minor injuries at an area hospital, officials said.

He was released from custody and has a court appearance scheduled for March 8, according to Fox 5 Vegas.

Jacobs ran for 89 yards on 15 carries and he scored two touchdowns in Sunday's fourth quarter to help lift the Raiders to a 32-31 win.

The Raiders have not yet released a statement.