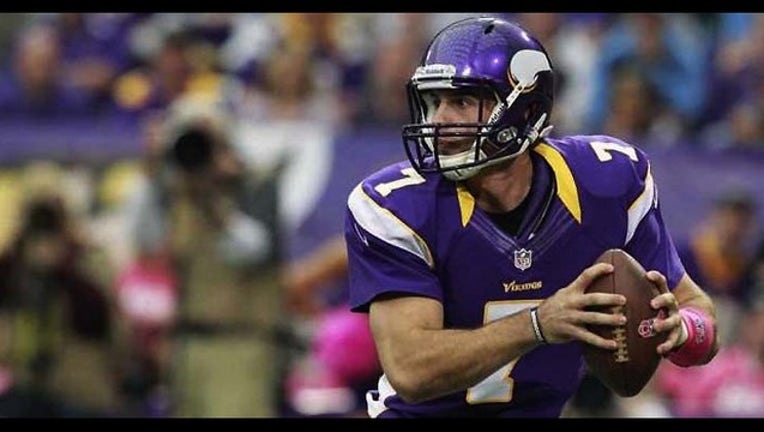 Ponder was originally drafted by Minnesota in the first round of the 2011 NFL Draft and spent the last four seasons with the Vikings.

He was tutored by Raiders offensive coordinator Bill Musgrave in Minnesota from 2011-13, when Musgrave served in the same capacity for the Vikings.

The 6-foot-2, 230-pounder had his best season in 2012 under Musgrave, as he started all 16 games and led Minnesota to a playoff berth.

After finishing 3-13 in 2011, Ponder led the Vikings to a 10-6 record in 2012, the biggest single-season turnaround in franchise history.

Last season with the Panthers, the 6-foot-1, 185-pounder played in seven games and posted 10 tackles (nine solo) after re-signing with the team in October.