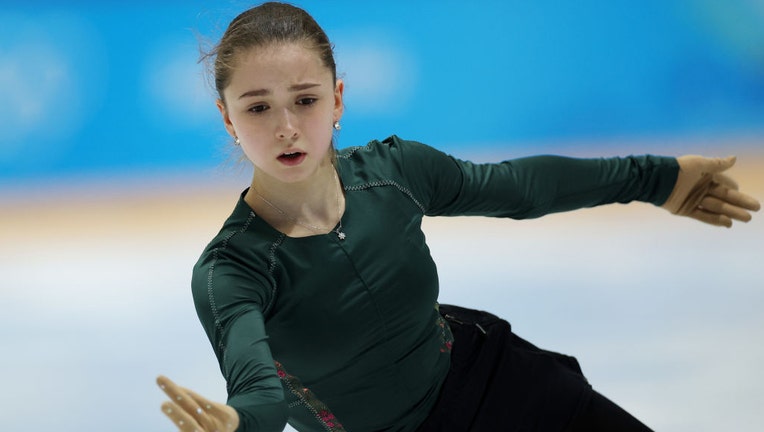 Russian skater Kamila Valieva will testify by video Sunday at a court hearing about her doping case.

Valieva’s right to compete in the women’s event at the Beijing Olympics will be decided at a hearing at the Court of Arbitration for Sport.

Both the World Anti-Doping Agency and the International Testing Agency — on behalf of the IOC — said Friday they would fight the decision by Russia’s anti-doping agency to allow the 15-year-old Valieva to skate.

The Russian agency provisionally banned Valieva Tuesday because she failed a doping test in December. After an appeal, the agency lifted the ban Wednesday.

Valieva is the heavy favorite in her event, which begins Tuesday. She set world record scores this season and landed the first quad jump by a woman at an Olympics as the Russian Olympic Committee won the team event. The ROC said it will fight to keep that gold medal, and Valieva has passionate support from the Kremlin.

The ITA confirmed reports that Valieva tested positive for the banned substance trimetazidine at the Russian national championships in St. Petersburg six weeks ago.

The positive test was flagged by a laboratory in Sweden only on Tuesday — the day after Valieva helped the Russians win the team event and just hours before the medal ceremony, which was then postponed. Whether the Russians will lose that gold medal will be decided later.

Valieva was hit with an immediate interim ban from the Beijing Olympics by the Russian anti-doping agency known as RUSADA, which oversaw testing at the national championships. On Wednesday, a RUSADA disciplinary panel upheld her appeal and overturned the skater's interim ban.

The rushed hearing at will only consider the question of the provisional ban at these Games, said the International Testing Agency, which is prosecuting on behalf of the IOC. The ITA was formed by the IOC in 2018 in the wake of the Russian doping scandal to manage international testing and to design the anti-doping program for the Olympics.

As a 15-year-old, Valieva has protections in the World Anti-Doping Code. Under the guidelines, she could ultimately receive just a simple reprimand.

When a minor is implicated in doping rules violations, the rules say her entourage, such as coaches and team doctors, must be investigated, too. That isn't typically the case for athletes aged over 18.

The Russian Olympic Committee said it would defend Valieva and fight to keep the team event gold she contributed to. It added that a doping test Valieva took while at the Olympics came back clean. All medalists are tested at the Olympics.

Kremlin spokesman Dmitry Peskov was vocal in calling for support for Valieva.

"We're waiting for the proceedings to end. And infinitely, absolutely infinitely, and completely and in any case we are supporting our Kamila Valieva," he told reporters Friday.

FOX2 Detroit and the Associated Press contributed to this story