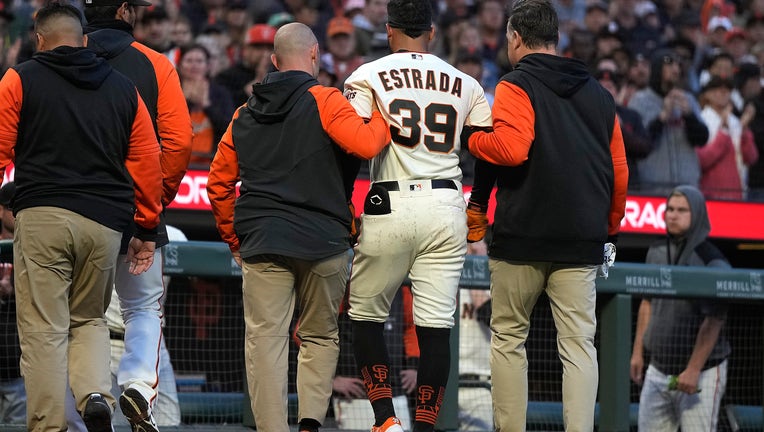 SAN FRANCISCO, CALIFORNIA - JULY 30: Thairo Estrada #39 of the San Francisco Giants is helped off the field by the Giants training staff after Estrada was hit in the helmet with a pitch from Mark Leiter Jr. #62 of the Chicago Cubs in the bottom of th

San Francisco Giants short stop, Thairo Estrada, left the game during the fifth inning on Saturday night after he was hit in the helmet by an 84 mile-per-hour fast ball.

The impact immediately sent Estrada to the ground. The 26-year-old remained on the ground as he spoke to the Giants training staff before they helped him off the field.

On Sunday the team officially diagnosed Estrada with a concussion.

"We didn’t have any indication that he did lose consciousness, although his eyeballs weren’t great," said Gabe Kapler, the Giants Manager. "He was pretty stunned."

Estrada is the only true short stop on the Giants roster. To help with the loss of Estrada, the team acquired infielder Dion Machado from the Chicago Cubs in exchange for pitcher Raynel Espinal.