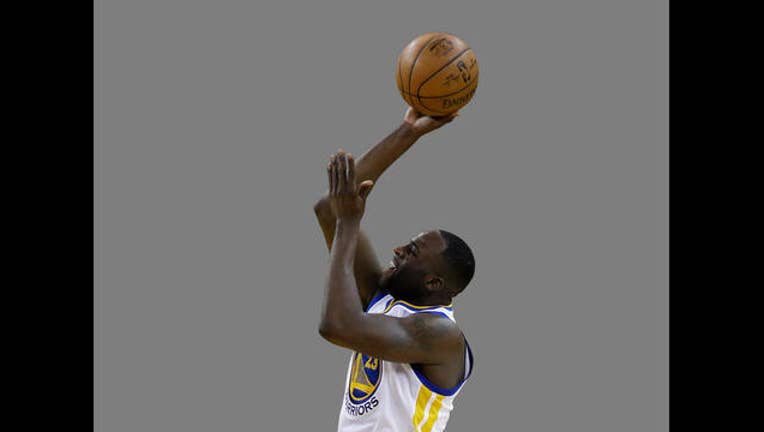 OKLAHOMA CITY (AP) — Russell Westbrook had 36 points, 11 rebounds and 11 assists, and the Oklahoma City Thunder beat the Golden State Warriors 118-94 on Tuesday night to take a 3-1 lead in the Western Conference Finals and put the defending NBA champions on the brink of elimination.

p>It was Westbrook's first triple-double of the playoffs after posting 18 in the regular season. Kevin Durant added 26 points and 11 rebounds for Oklahoma City.

Golden State, which won a league record 73 games in the regular season, lost consecutive games for the first time this season. The Warriors must win Game 5 on Thursday in Oakland to keep their season alive.

Golden State's Draymond Green, who was fined for kicking Steven Adams in the groin in Game 3, finished with six points, 11 rebounds and six turnovers.

Meanwhile, Oklahoma City got a boost from an unlikely source. Andre Roberson, a player the Warriors have ignored at times during the series, scored a career-high 17 points and grabbed 12 rebounds.

The Thunder led 30-26 at the end of the first quarter, then gained control in the second. In the most unlikely of connections, Adams threw a bullet pass to Roberson near the basket for a dunk that gave the Thunder a 56-43 lead with just over four minutes left in the first half.

Westbrook had 21 points, nine assists and five rebounds in the first half, and Durant had 18 points and six boards.

Golden State shot 46 percent from the field in the first half, but Oklahoma City outrebounded the Warriors 28-20 and outscored them 21-9 at the free throw line in the half.

Thompson tried to keep the Warriors in it, scoring 19 points in just over seven minutes to start the third quarter. But the Thunder maintained their composure, led 94-82 at the end of the period and remained in control in the fourth.

According to Thunder Public Relations, the last team to score 72 or more points in the first half of two straight playoff games was the 1987 Los Angeles Lakers.

Warriors: Curry went 1 for 7 in the first quarter, and made just 1 of 4 3-point attempts. ... Thompson committed his third foul with 7:55 left in the second quarter, and Andrew Bogut committed his third about two minutes later. ... Curry made a 3-pointer for his 48th consecutive playoff game, extending his NBA record. ... The Warriors were 12-0 this season the game after a loss.

Thunder: Westbrook had five points, six assists and three rebounds in the first quarter. ... Oklahoma City Forced 13 turnovers in the first half. ... Serge Ibaka finished with 17 points and seven rebounds. ... The Thunder improved to 19-0 this season when Westbrook gets a triple-double.