The Houston Astros will host Washington Nationals for the first game of the 115th World Series Tuesday night at Minute Maid Park amid high hopes of winning their second title.

HOUSTON - The Houston Astros will host Washington Nationals for the first game of the 115th World Series Tuesday night at Minute Maid Park amid high hopes of winning their second title.

As the new kids on the block, the Nationals are making franchise history with their first World Series appearance after sweeping the St. Louis Cardinals in the National League Championship Series.

While the Nationals are going up against series favorites, both Houston and Washington enter Game 1 with an elite pitching match-up: Gerrit Cole is hoping to cement Houston’s dominance while MVP candidate Max Scherzer aims to give his team its first Commissioner’s Trophy. 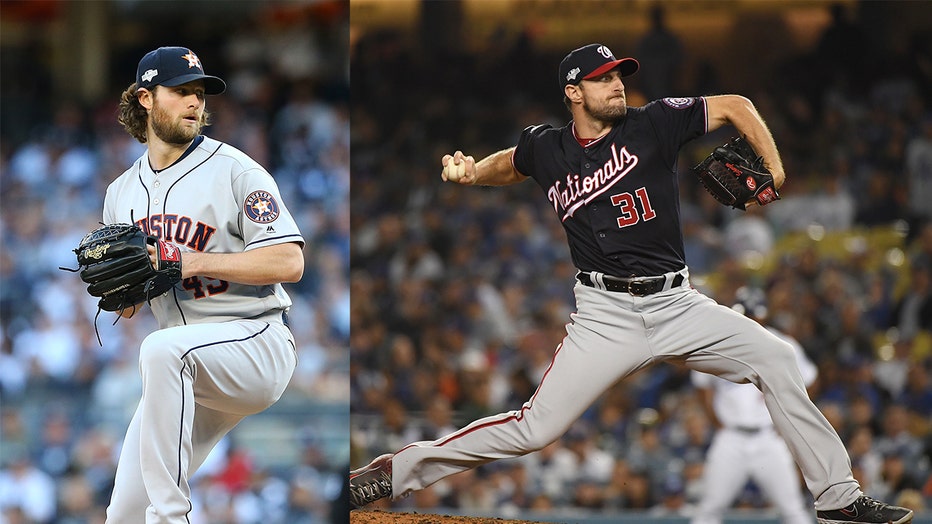 Cole enters this match-up against fellow ace Max Scherzer at 19-0 in his last 25 starts, including three wins in the playoffs. No pitcher has ever won 20 in a row in a single season. With nearly 17 percent of his pitches resulting in a swing-and-miss, Cole has the highest rate of any pitcher since such data has been tracked in the last 18 years.

Cole led the majors in strikeouts, topped the AL in ERA and finished second in the big leagues to teammate Justin Verlander in wins.

"When you dream as a little kid, you dream about storybook endings and storybook players and scenarios like that," Cole said Monday.

The first two games of the 2019 MLB World Series will be hosted in Houston and can be watched everywhere on FOX. Pre-game coverage begins at 6:30 p.m. ET with the first pitch slated for 8 p.m. ET .

The Associated Press Contributed to this story.