(KTVU) -- A Red Flag Warning for most of the Bay Area expired at 8 a.m. Saturday.

However, the warning was extended to 3 p.m. in Solano County, said the National Weather Service.

Wind gusts could reach to 30 mph, with humidity levels dropping to between 8 and 18-percent.

These conditions could still cause any fire to quickly spread.

The situation was better for the rest of the Bay Area, as temperatures would start to drop and winds were going to be calmer.

The National Weather Service reported that winds would continue to weaken through the rest of the morning. Dry conditions were still expected across the hills and mountains, but the weaker winds brought conditions under Red Flag criteria.

The National Weather Service had earlier extended the warning from late week into Saturday morning, due to gusty winds, dry conditions and unseasonably hot temperatures.

On Saturday's Mornings on 2 newscast, KTVU meteorologist Rosemary Orozco said temperatures would drop a few degrees on Saturday and again on Sunday, but cautioned that much of the weekend would still be warm.

Inland temperatures for the East Bay and South Bay could reach to the mid 90s on Saturday.

East winds will be 5 to 10 mph before switching to west winds of 10 to 15 mph in
the afternoon.

Saturday night will be mostly clear before becoming partly cloudy. 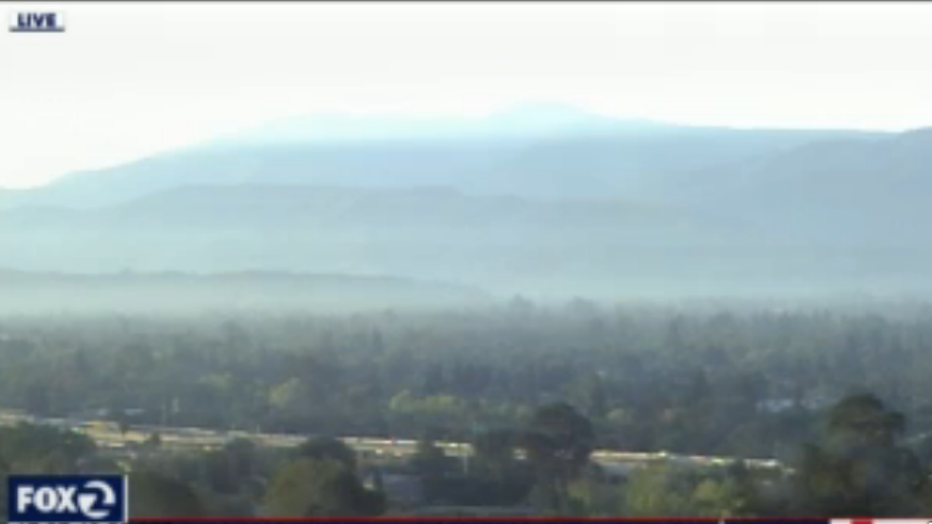