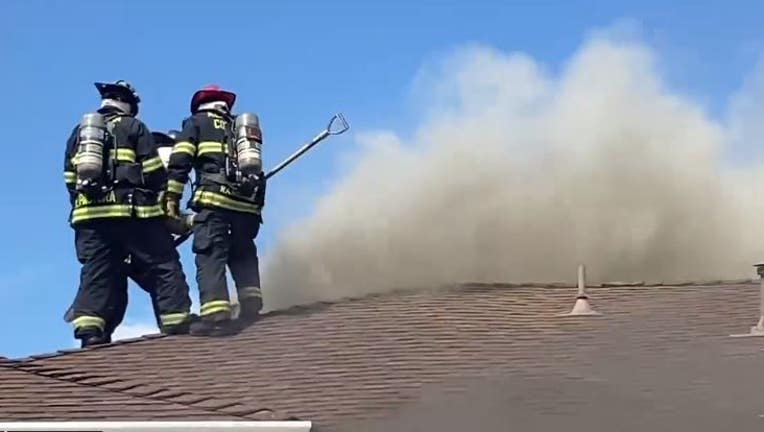 Firefighters were dispatched at 3:46 p.m. to the 16700 block of Kildare Road where heavy smoke was coming from a single-family home.

Two people were rescued and taken to a hospital with minor injuries, but a third person died, according to fire officials.

Crews kept the fire from spreading below the street level. The fire is under investigation, fire officials said.