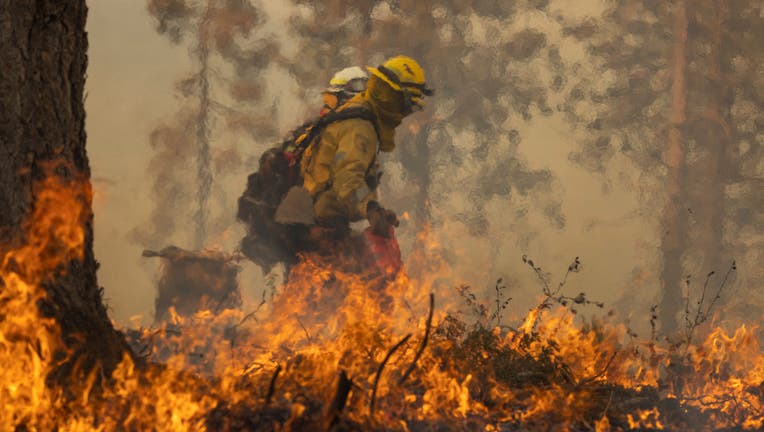 TOPSHOT - A firefighter lights a backfire while fighting the Oak Fire on near Mariposa, California, on July 24, 2022. - The fierce California wildfire expanded early Sunday burning several thousand acres and forcing evacuations, as tens of millions o

JERSEYDALE, Calif. - At least 116 homes and other structures have been destroyed by a California forest fire near Yosemite National Park, officials said Thursday.

The Oak Fire in Mariposa County has charred more than 29 square miles of trees and brush, with 39% containment, Cal Fire said in an incident update.

Assessment teams are moving through remote communities in the Sierra Nevada foothills looking for more damage.

The Oak Fire in Yosemite has grown to 14,281 acres with zero containment. Evacuation orders have been issued across the region as Governor Newsom declared a state of emergency.

As of Wednesday, about 2,200 residents remained under evacuation orders, fire spokesperson Chris Garcia said. Some 6,000 people fled their homes when the blaze erupted last Friday near the town of Midpines.

The fire’s cause is under investigation.