A dozen San Francisco police officers reported minor injuries Tuesday while responding to a fire and a crowd at 24th Street and Harrison Street in the Mission District, according to the police department.

SAN FRANCISCO - A dozen San Francisco police officers reported minor injuries Tuesday while responding to a fire and a crowd at 24th Street and Harrison Street in the Mission District, according to the police department.

Police arrived at the fire burning in the middle of the intersection at 12:39 a.m. To clear the scene for firefighters, they ordered the crowd to disperse, characterizing the gathering as an unlawful assembly.

Matt, who lives in just a block away, said the fireworks were going on all day. They ramped up after 11 p.m., he said, and then the fire started.

"It was a significant fire," said Matt. "I don't know how it got started, people put trash in there and started it on fire, and people were throwing fireworks in there."

A video tweeted by SFPD shows the fire blazing in the middle of the intersection, and shows dozens of people standing on the surrounding sidewalks. It does not show any objects being thrown at officers or a single, massive crowd.

Matt made his way to the Mission police station Tuesday, trying to capture video of what was going on, but his phone was stolen when he was confronted by five or six members of the crowd.

"I was like, 'Hey, look I'll delete it.' They actually took a couple swings at me," said Matt. "I'm okay, but I got back in my apartment."

Crowd members tossed fireworks and glass bottles at officers and resulted in the non-life-threatening injuries of 12 officers, authorities reported. SFPD reported 12 officers had ringing in their ears, and 2 of the officers had minor burns due to an exploding device. No arrests related to officer injuries were made.

"Those explosions, you can hear them from miles away," said Captain Gavin McEachern from the San Francisco Police Department. "They're not just simply someone down the block lighting some fire crackers."

While most of the intersection was cleaned up Tuesday, a senior housing facility was still covered in graffiti. Neighbors said they were terrified by the mob outside, and police say the night went from fun to frightening for many in the neighborhood.

"It really went from a level of being a celebratory experience to a riotous situation that really jeopardized the public," said Captain McEachern.

This incident comes the day after Fourth of July, in which many authorities received increased emergency calls due to illegal fireworks.

The San Francisco Fire Department received 827 calls alone on the holiday. The department gets 450 calls on average each day.

Fire officials said those calls included 263 medical emergencies, 247 calls related to fires and 67 calls specifically for outside fires. On Tuesday, the fire department shared photos of some scenes crews responded to, demonstrating just how busy they were. 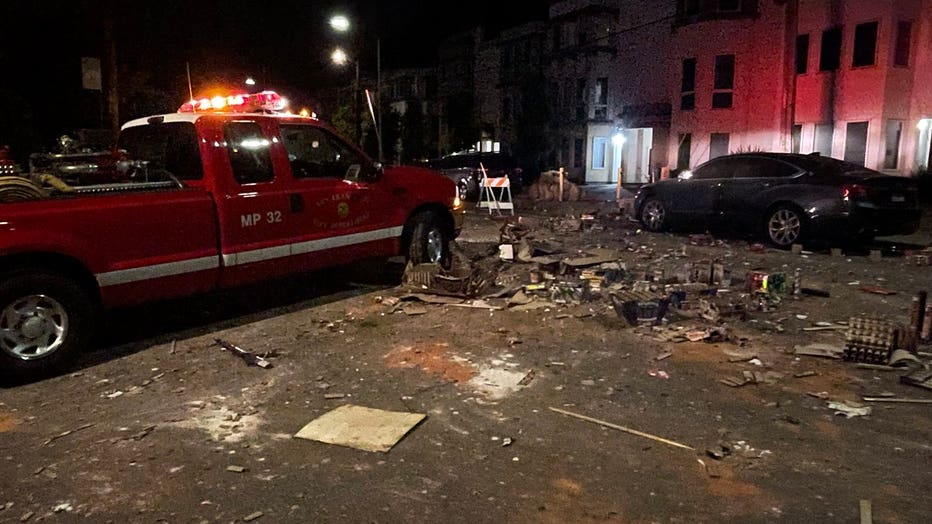 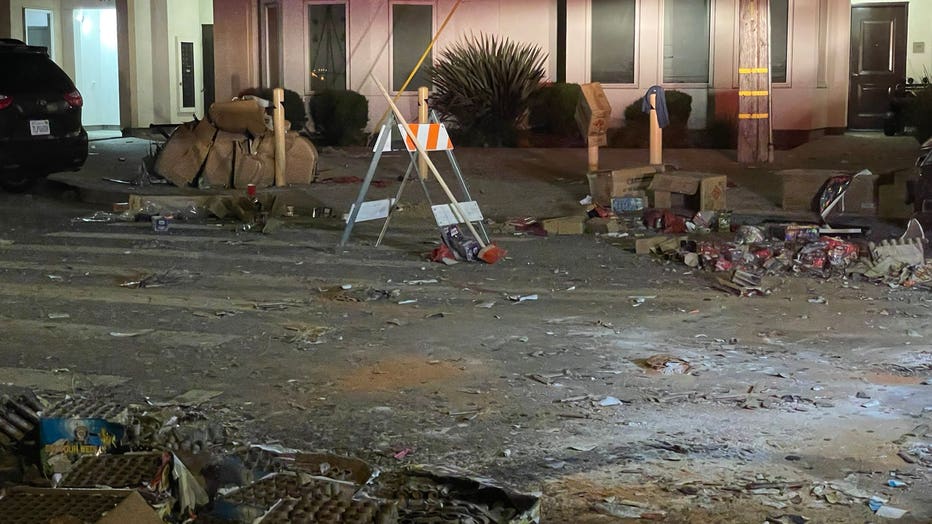 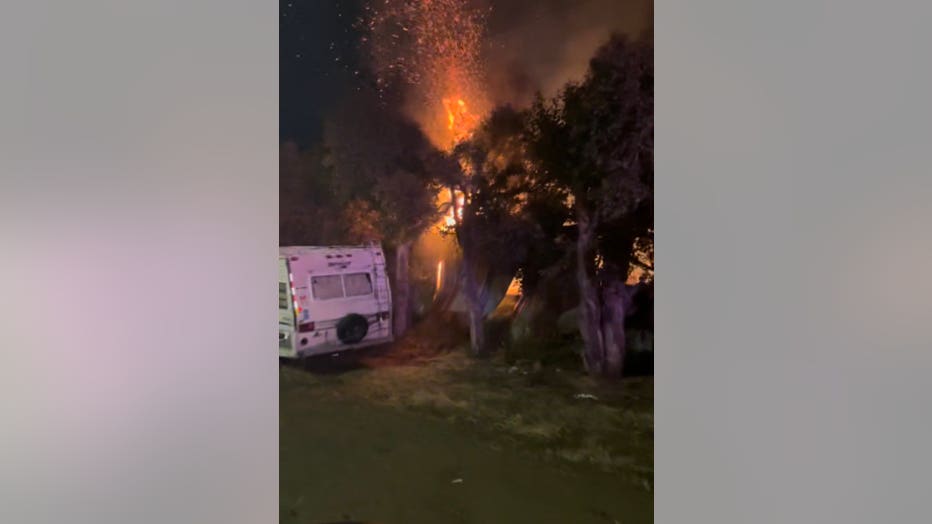 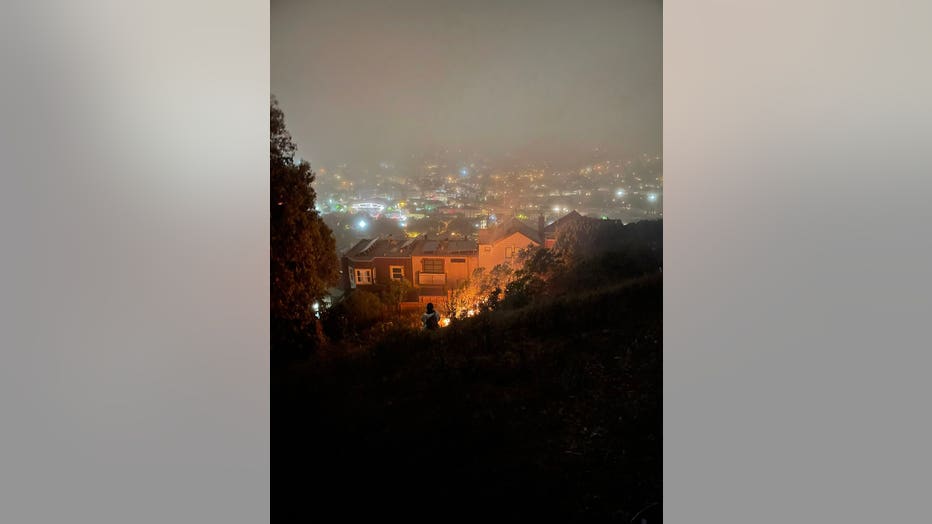