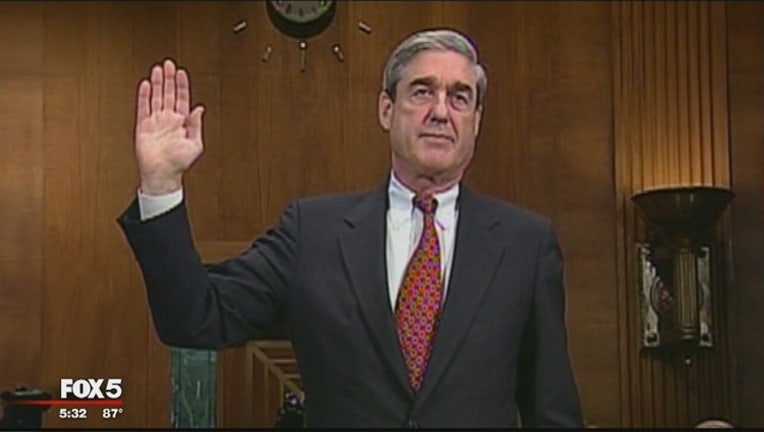 MOSCOW (AP) - He's known as "Putin's chef" - a wealthy Russian businessman and restaurateur who gained favor with Vladimir Putin through his stomach.

On Friday, Yevgeny Prigozhin - along with 12 other Russians and three Russian organizations - was charged by the U.S. government as part of a vast and wide-ranging effort to sway political opinion during the 2016 U.S. presidential election. According to the indictment, Prigozhin and his companies provided significant funding to the Internet Research Agency, a St. Petersburg-based group that allegedly used bogus social media postings and advertisements fraudulently purchased in the name of Americans to influence the White House race.

A one-time hot dog stand owner, Prigozhin opened one of the swankiest restaurants in St. Petersburg and drew interest from Putin. During his first term in office, Putin took then-French President Jacques Chirac to dine at one of Prigozhin's restaurants.

"Vladimir Putin saw how I built a business out of a kiosk, he saw that I don't mind serving to the esteemed guests because they were my guests," Prigozhin recalled in an interview published on the 812 Online website in 2011.

Over the years Prigozhin's businesses have expanded significantly.

In 2010, Putin attended the inaugural ceremony of Prigozhin's factory making school lunches outside St. Petersburg which was built on generous loans by a state bank. In the Russian capital alone, his company Concord won 1.6 billion rubles ($27 million) in contacts to provide meals at public schools. Prigozhin has also organized catering for Kremlin events for several years and has provided catering and utility services to the Russian military.

The U.S. Department of State last December put Prigozhin on its sanctions list along with other individuals for "having materially assisted, sponsored, or provided financial, material, or technological support for, or goods or services in support of, senior officials of the Russian Federation," adding that he has "extensive business dealings" with the Russian Defense Ministry.

Last year, the anti-corruption foundation run by opposition leader Alexei Navalny detailed how firms controlled by Prigozhin broke anti-trust laws by bidding for 23 billion rubles ($387 million) worth in Defense Ministry contracts. Prigozhin's companies would have had to face hefty fines and barred from bidding at future auctions, but the anti-trust agency delivered a surprise ruling in November, closing the case and ruling not to fine Prigozhin's firms because they pleaded guilty to the charges.

"There's Putin. He wants to steal our money, and he gives his friend and confidante a chunk of the defense ministry's budget that steals money from for himself and Putin," Navalny says. "And when someone finds out about it and proves it, Putin has special agencies... that in the actual fact are covering up for all those thieves."

Among the firms linked to Prigozhin is Evro Polis, a Moscow-registered company that the respected news site Fontanka reported has become a front for operations in Syria by an alleged contractor of mercenaries to fight in the country. In 2016, Evro Polis listed the sale of food products as its core activities, according to the Spark Interfax database. But in 2017, it listed mining, oil and gas production, and opened an office in the Syrian capital of Damascus.