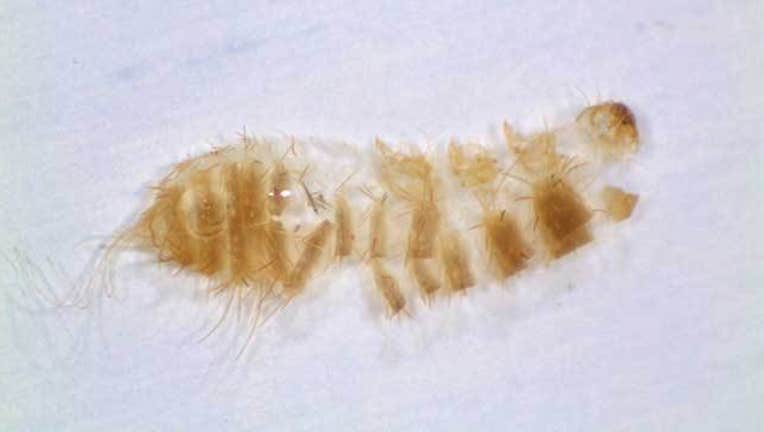 OAKLAND, Calif. (KTVU & Wires) - A container of 14 tons of Indian food was turned away at the Port of Oakland last week after authorities discovered evidence of khapra beetles inside, U.S. Customs and Border Protection officials said Thursday.

On May 28, CBP agriculture specialists found khapra beeetle exuvia, or the material the beetle sheds, and dried larvae inside plastic bags containing chickpeas. CBP officials said the beetles fed on the chickpeas.

CBP spokesman Frank Falcon said workers have resealed the container and plan to re-export it. The container held 13,736 kilograms of chickpeas, lentils and other Indian foodstuffs.

"We get them out of here as quick as we can," Falcon said of the infested shipments.

He said the khapra beetle is difficult to eradicate because it is resistant to insecticides.

The beetle poses risks to the health of citizens and could reduce the amount of grain U.S. farmers export, according to the U.S. Department of Agriculture.

Workers at a USDA plant inspection station confirmed khapra beetles were in the shipment of Indian food, CBP officials said.