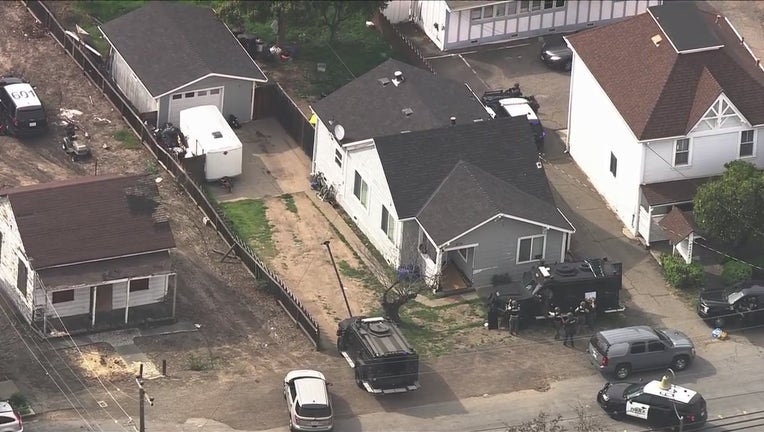 FREMONT, Calif. - A 15-year-old is in custody after a Fremont shooting and hours-long standoff, police say.

Police are investigating the Wednesday shooting that left one person injured, but who is expected to survive.

At around 10:50 a.m. officers responded to the 5700 block of Lemke Place where they located the victim, who authorities said at the time, had potentially life-threatening injuries.

Police said several people were detained and detectives are assisting with the investigation to confirm their involvement.

Fremont police say a 15-year-old was arrested Wednesday following a shooting that left one person injured and an hours-long standoff inside a home.

Fremont police SWAT stationed their military-grade armored vehicle outside a home in 43000 block of Ellsworth Street that they believe is connected to the shooting. The residence and surrounding area are secure. Police said were no threats to the immediate area.

Authorities tried to serve a search warrant and police used a drone to see if anyone was is inside the home.

Officers made contact with adjacent residents. There was no lockdown for the surrounding area.

The investigation remains active. Police said they don't believe the shooting was related to another shooting in Fremont Tuesday night.

The 15-year-old was booked for attempted murder and possession of a gun. Police said there may be more arrests in this case.