TOPEKA, Kan. - Sloan Stanley likes cows and thinks they are cute. And her favor towards cattle ultimately paid off when she won $25,000 in the Kansas Lottery.

Stanley was barely old enough to even buy a $5 Cash Cow lottery ticket, having turned 18  just four days prior. She decided to try her luck at work for the first time and won the game’s top prize.

"I bought the Cash Cow ticket because I like cows and thought it was cute," Stanley said in a news release. "I was in shock that the first ticket I ever bought ended up winning $25,000!" 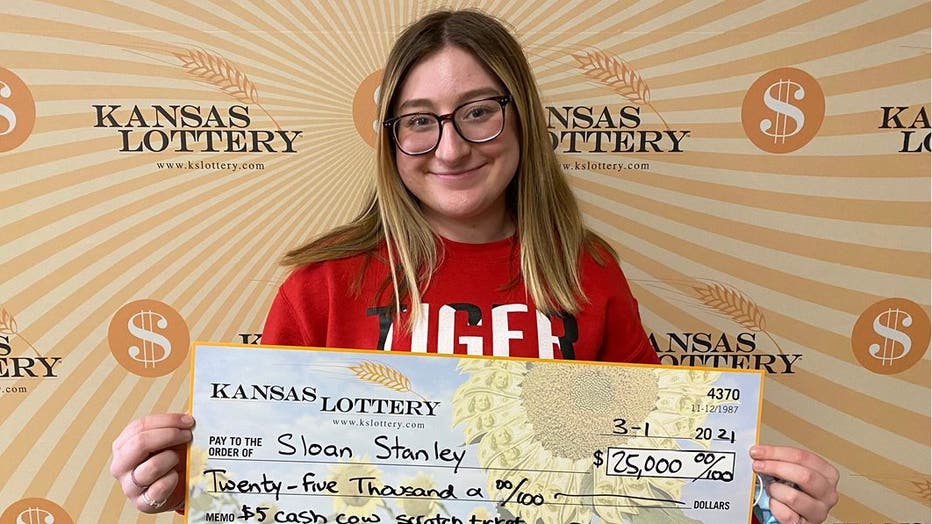 When Stanley told her father she’d won, he didn’t believe her at first, But after reviewing the ticket himself, he saw that she was not just pulling his leg.

"My family is all super excited and happy for me, and they still can’t believe it," she said.

Stanly hopes the funds can help her graduate without debt.