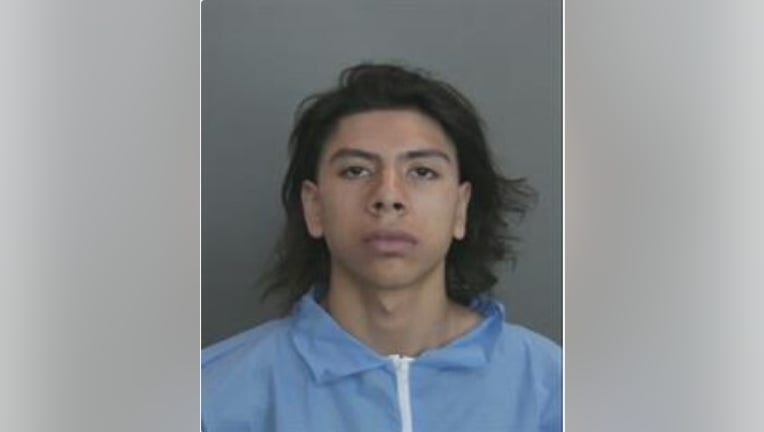 ANAHEIM, Calif. - An 18-year-old man who claimed to have been one of the two victims in a shooting ended up being the suspect and now faces an attempted murder charge, Anaheim police said.

On Sept. 5 just after 9:20 p.m., officers with the Anaheim Police Department were called to a home located in the 1700 block of Holbrook Street, located near Orangethorpe and Lakeview avenues, following reports of a teenage boy who had been shot.

When officers arrived at the scene, 18-year-old Zachary Pickrell identified himself and said that he and his friend had been shot in a drive-by shooting. Officers subsequently found a 17-year-old boy who had been shot inside the home. He was then rushed to a local trauma center. On the morning of Sept. 9, he succumbed to his injuries, Anaheim PD said.

Homicide detectives later determined there was no drive-by shooting. In the investigation, Pickrell has been accused of shooting the victim. He was booked into the Anaheim Detention Facility for attempted murder. He has since been transferred to Orange County Jail and his bail has been set at $1 million.

The name of the victim was not released.

Anaheim PD officials said they expect to adjust his charge to murder in the near future.