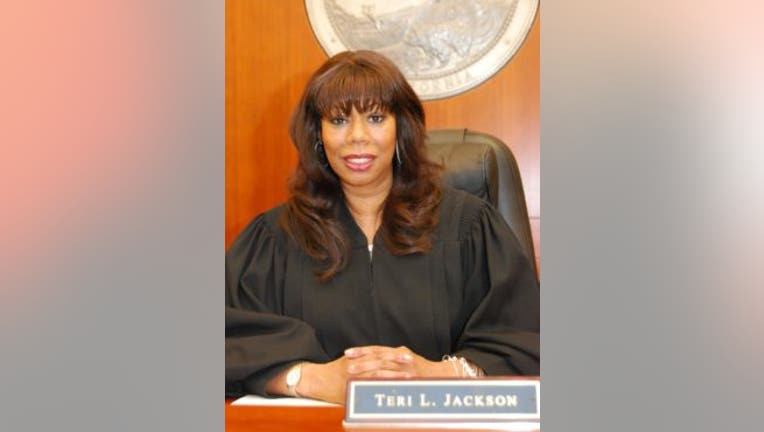 Judge Teri Jackson has been nominated top serve as associate justice of the First District Court of Appeals, Division Three, in San Francisco.

OAKLAND, Calif. - Gov. Gavin Newsom has nominated the first African-American woman in history to serve as an associate justice for the San Francisco appellate court.

Jackson was also the first African-American woman ever to sit on the bench of the San Francisco County Superior Court when she was appointed by former Gov. Gray Davis in 2002.

“I am committed to building a state government that better reflects the great diversity of California and am proud to make this historic nomination,”  Newsom said in a statement. “Judge Jackson has served with distinction and I am confident that she will be an excellent Justice on the First District Court of Appeal.”

Jackson thanked Newsom and said she feels “honored and privileged” by the nomination, according to a statement issued by the governor’s office.

Jackson, a registered Democrat, must still be confirmed by the state Commission on Judicial Appointments at a future.  She would fill the vacancy created by the retirement of Justice Martin Jenkins and wouuld earn $244,700 annually.

Jackson of San Mateo, has had a diverse career She has taught law at the UC-Hastings College of the Law since 2006 and served as a professor at the University of San Francisco School of Law since 2004. Jackson was previously employed by a private law practice and as an assistant district attorney in the San Francisco District Attorney’s Office and as a deputy district attorney in the San Mateo County District Attorney’s Office.

In an interview with the San Francisco Attorney magazine last year, Jackson talked about being the youngest daughter of the first African American family to move into a Daly City neighborhood.

“For a long time, we all slept in the same bed,” Jackson told the magazine. “If they should firebomb, if they should start shooting, my mom wanted to be able to get to her children quickly so we could escape. That’s how we grew up.”

It was the movie “To Kill a Mockingbird” that inspired Jackson to become a lawyer, according to the magazine interview. Her parents had thought Jackson’s older sister Portia would be the one to take to the law. But on the night the family went to see the movie, Jackson proved them wrong.

“Portia fell asleep, I watched the movie and I walked out and said I wanted to be like Atticus Finch and I want to do what’s right, not what’s popular,’’ Jackson told the magazine.