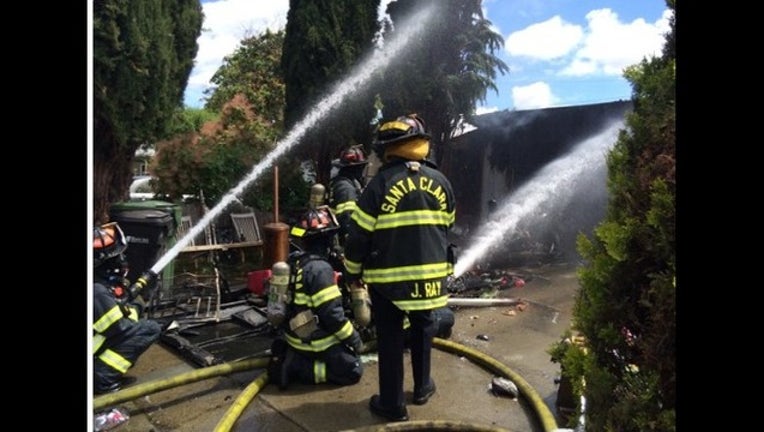 It was reported at 10:55 a.m., at Mauricia and Gibson Avenues, east of Lawrence Expressway and near Interstate 280.

Everyone inside the home was able to escape.

One resident suffered minor injuries, but refused treatment at the scene, Miller said.

Residents are now being assisted by the American Red Cross to help with finding temporary shelter.

No other injuries were reported in the fire, while an investigation into what sparked the blaze continues.

Most of the damage to the house was to the garage.