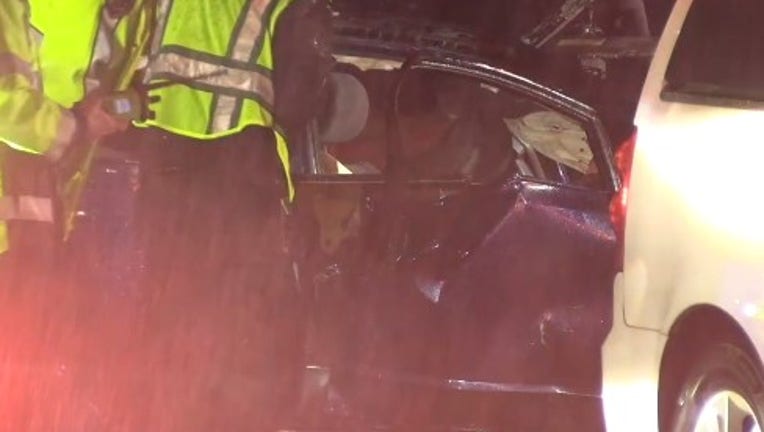 NOVATO, Calif. - Two teenagers died and three others were injured in a solo car crash on Highway 101 in Novato Thursday night.

A 2008 Honda Civic with five people crashed on US-101 near Ignacio Boulevard around 11:43 p.m., according to California Highway Patrol Officer Darrel Horner.

The 16-year-old male driver lost control and collided with the cement center divider, officials said. The car was reportedly traveling on the northbound side, but flipped and landed in the southbound side.

The driver suffered significant traumatic injuries and died at the scene, officials said.

A 17-year-old female sitting in the back seat also suffered multiple injuries and was pronounced dead at the scene.

Three other teens were taken to the hospital with major injuries, according to authorities. Two of them are 17 years old and one is 18 years old, CHP said.

ALSO: Jackknifed big rig blocks all lanes of I-880 in Oakland, causing traffic nightmare for hours

The teens' names were not given by officials.

The CHP issued a Sig-alert due to the crash and reported all southbound lanes of U.S. Highway 101 were blocked. All lanes were reopened Friday at 2:20 a.m., according to the CHP.