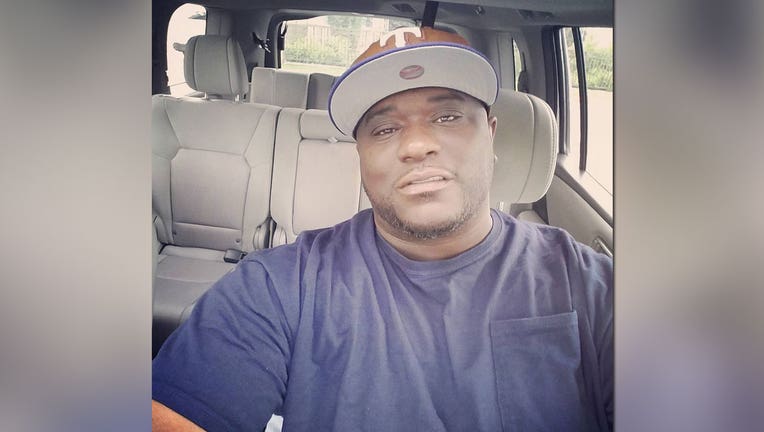 Photo from Facebook page of Javier Gata Ambler posted on May 26, 2016.

AUSTIN, Texas - Two former Texas sheriff's deputies were arrested Tuesday on manslaughter charges in the 2019 death of a man whom they shocked with stun guns after a police chase that was filmed by real-time police TV series "Live PD," authorities said.

The charges are the first directly tied to the death of Javier Ambler, a Black man whose car deputies chased for 22 minutes after trying to pull him over for allegedly failing to dim his headlights to oncoming traffic. Ambler, a former postal worker, died after deputies repeatedly used stun guns on him, despite his pleas that he was sick and couldn't breathe. The stop in suburban Austin was caught on camera by "Live PD," which was canceled by the A&E Network in June.

The indictments were announced as a former Minneapolis police officer is being tried in the death of George Floyd, a case that has again brought police brutality and racial injustice to the forefront in the U.S.

"We are very pleased to see that the Travis County District Attorney is serious about seeking justice for our family. Our goal has always been to hold these officers accountable so that there are no more families who have to suffer like ours has," said Javier Ambler Sr., Ambler's father, in a statement provided by attorneys for the family.

Defense attorneys for the former deputies dismissed the indictments as political and said Ambler's death was the result of heart disease and his "physical exertion in resisting" the deputies.

"Mr. Johnson and Mr. Camden are neither morally nor legally responsible for his death," said attorneys Ken Ervin and Doug O'Connell. "We are requesting a trial as soon possible where we can ensure politics, campaign promises, and sensationalized media portrayals will not distort the truth of what occurred."

Garza, a Democrat who was elected by a wide margin in November, said during his campaign for district attorney that he planned to prioritize Ambler's case.

Johnson, who initiated the traffic stop, is Black. Camden is white. Both deputies had "Live PD" crews with them at the time.

Police body camera video of Ambler's death shows the gasping 400-pound (180-kilogram) man telling the deputies that he wants to comply with their demands but can't because he has congestive heart failure.

The body camera video was published by the Austin American-Statesman and KVUE-TV last year. A&E has said its video never aired because of a policy against showing a death.

The indictments accuse the deputies of acting "recklessly" by "continuing all described restraint and actions when (Ambler) stated on multiple occasions he could not breathe and had a health condition."

A&E did not respond to a request for comment on the indictments.
------
Bleiberg reported from Dallas.