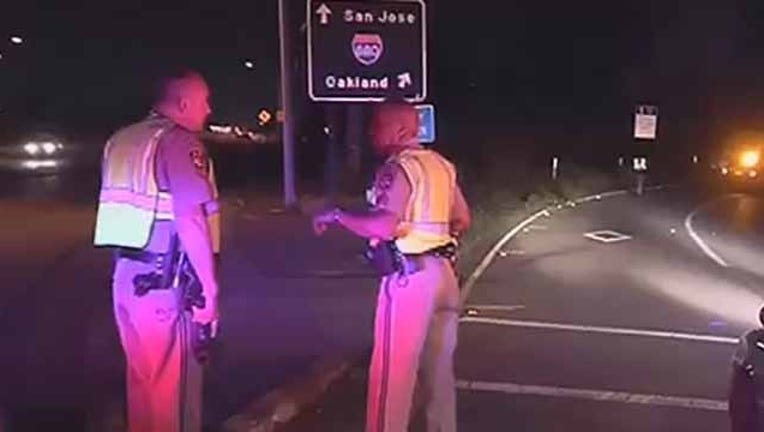 HAYWARD, Calif. (BCN) -- A mother and her infant son remain in critical condition Thursday morning after being struck by an SUV on a northbound on-ramp to Interstate Highway 880, according to the California Highway Patrol.

Officers responded to reports of a collision involving a white SUV and a woman pushing a stroller in the vicinity of I-880 and Tennyson Road around 7 p.m. They arrived to find two victims lying in the traffic lanes, CHP officials said.

The 21-year-old mother and her 1-year-old son, both residents of Hayward, were transported to a hospital with major injuries. They remain in critical condition as of Thursday morning, according to the CHP.

The driver, a 22-year-old woman from Hayward, remained on scene and cooperated with the investigation. Drugs and alcohol have been ruled out as factors in the collision, which remains under investigation.

No arrests have been made and the CHP is asking anyone with information about the incident to contact the Hayward CHP office at (510) 489-1500.