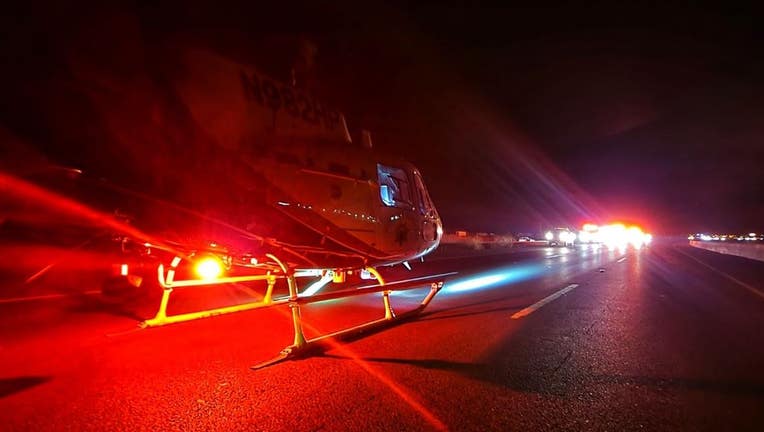 According to California Highway Patrol, two officers were left with major injuries when a drunk driver struck them on I-80 in Fairfield. Photo credit: CHP Solano

The Solano County officers were hit on Sunday around 2 a.m. as they stood on the right shoulder of I-80 westbound, east of American Canyon Road. They were doing an enforcement stop when a car allegedly veered off the road and collided with them.

One officer was flown by CHP helicopter to a trauma center with major injuries, and the other was taken by ambulance to a hospital, according to officials.

The driver, identified as 25-year-old Louie F. Jackson III  of Vallejo, was arrested on charges of felony DUI. He was not injured in the crash, CHP said.

On Tuesday, CHP told KTVU that one of the officers is still in the hospital, and the other is at home recovering. They have not released the names of the officers.

They thanked the citizens of Solano County for the outpouring of support for the injured officers.

"Every message, post, comment, and email is seen and appreciated by not only us, but also the families of the officers involved," CHP said.