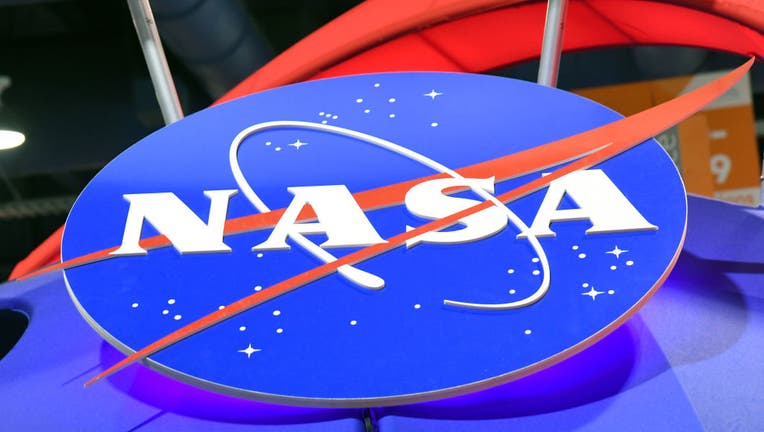 The NASA logo is displayed at the agency's booth during CES 2018 at the Las Vegas Convention Center on January 11, 2018 in Las Vegas, Nevada. The space agency said that an asteroid will make a close-approach to Earth on April 29. (Photo by Ethan Mill

In 2019, Vice President Mike Pence laid out plans for NASA to return astronauts to the moon by 2024.

Now, a new report says the space agency will be "hard-pressed" to do so.

A report from the NASA Office of Inspector General notes the 2024 timeline for the Artemis moon mission is overly ambitious, citing concerns about funding, scope and schedule.

"Given the multiple challenges outlined above, we believe the agency will be hard-pressed to land astronauts on the moon by the end of 2024," the report reads. "At the very least, achieving any date close to this ambitious goal -- and reaching Mars in the 2030s -- will require strong, consistent, sustained leadership from the president, Congress and NASA, as well as stable and timely funding.

"Over the past decade, our oversight work has found NASA consistently struggling to address each of these significant issues and the Artemis mission’s accelerated timetable will likely further exacerbate these challenges," the report added.

The findings cited specific issues with the Space Launch System rocket, as well as the Orion crew capsule, both of which have seen their development "delayed or suspended" due to the coronavirus pandemic.

In March, Fox News reported that the pandemic could slow down NASA's planned return to the moon. To date, COVID-19 has infected more than 11 million Americans and resulted in over 250,000 deaths.

The report also noted that NASA is slated to receive significantly less money to start developing a lunar lander.

In September, NASA Administrator Jim Bridenstine said that the full $28 billion the agency requested is needed for the Artemis moon program.

Of the money NASA asked for, $7.6 billion is designated for the Space Launch System rockets. Some $16.2 billion is for the "initial human landing system," which includes developing, testing and launching the new lunar landers.

In January, Congressman Kendra Horn, D-Okla., proposed a bill to urge NASA to consider a 2028 deadline for putting U.S. astronauts back on the moon in order to boost the space agency’s long-term plans for crewed Mars exploration.

The Artemis program, the successor to the Apollo program, is notable for a number of reasons, including its goals of sending the first woman to land on the lunar surface and establishing a sustainable human presence on Earth’s natural satellite.

To date, only 12 people, all Americans, have landed on the moon. The last NASA astronaut to set foot on the moon was Apollo 17 Mission Commander Gene Cernan, on Dec. 14, 1972.