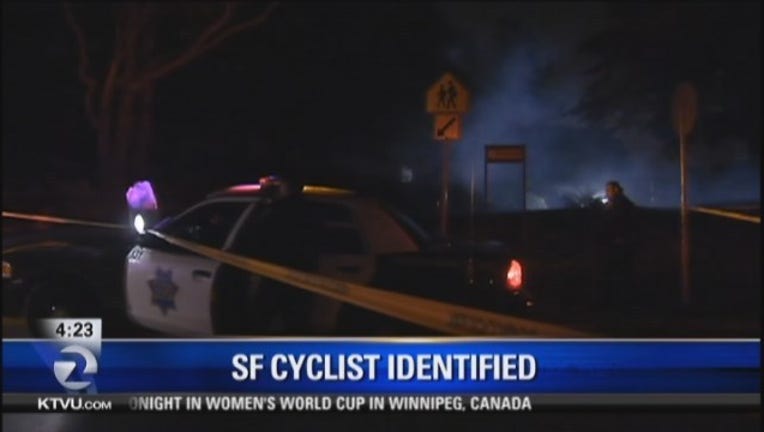 SAN FRANCISCO (KTVU) - A 23-year-old bicyclist who was killed Friday night in a collision with a marked police patrol vehicle in San Francisco's John McLaren Park has been identified by the medical examiner's office.

San Francisco resident Donald Pinkerton-DeVito was cycling on a fixed-gear bicycle on Persia Avenue near Sunnydale Avenue around 9 p.m. when the collision with the police vehicle occurred, according to San Francisco police spokesman Officer Albie Esparza.

Following the collision, the officers stopped and called for an ambulance, but Pinkerton-DeVito was pronounced deceased at the scene.

Esparza said the cause of the collision remains under investigation and that a toxicology sample would be taken from the driver.

According to Pinkerton-DeVito's Facebook page, he was an avid cyclist and participated in bike polo events.