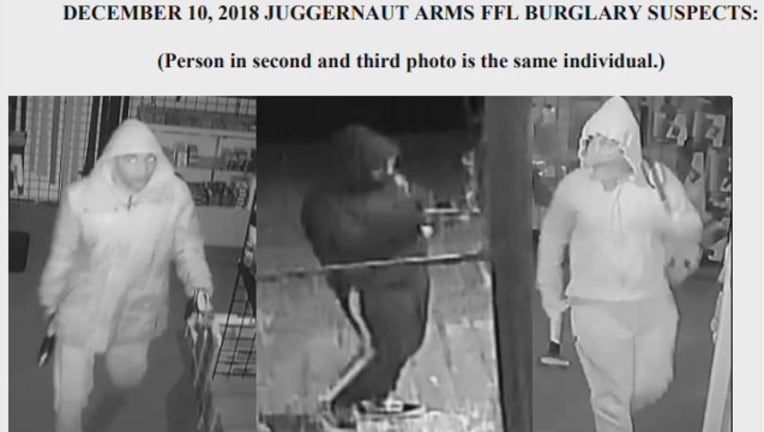 The ATF released photos of suspects wanted in connection with a gun store burglary in Reno. Dec. 12, 2018

RENO, Nevada (KTVU) - A $25,000 reward is being offered after several gun store break-ins in Nevada, with some of the weapons turning up in the Bay Area.

The ATF released images of the most recent burglary on Monday. Two people broke into Juggernaut Arms in Sparks, Nevada, which was also burglarized on Sept. 29. That same day, four people broke into a gun shop in Reno, while burglars hit a separate gun store in the same city on Aug. 13.

In all, the ATF said 157 guns were stolen and several of the weapons were later recovered in Vallejo.