Police in Danville said they have arrested the suspects that stripped a man of his Rolex at gunpoint Friday. The brazen robbery happened as the man was walking out of the store.

DANVILLE, Calif. - Police in Danville have arrested three people connected to an armed robbery outside a Trader Joe's.

The suspects robbed a man of his Rolex at gunpoint as he was walking out of Trader Joe's on Railroad Avenue Friday afternoon, police said.

They allegedly held Glock and AR-type weapons to take the watch that was reportedly worth $40,000, according to authorities. 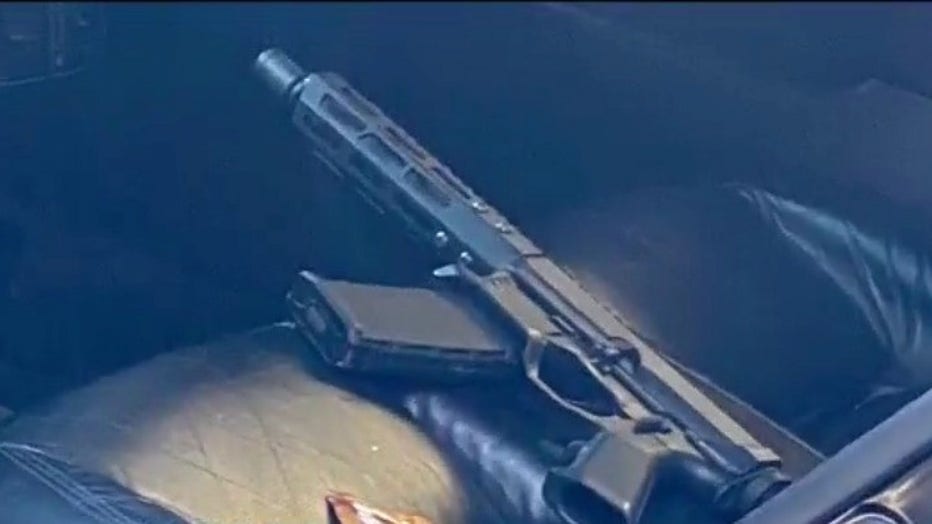 "When there's a serious crime, which rarely happens here, it's news," said resident Shiv Pathak. "It's not something that's common."

Witnesses said they saw the thieves drive away in a black Acura with a yellow "Baby on Board" sticker. Police said the same car was used in a recent robbery in San Francisco.

The three suspects were arrested after detectives located the suspect vehicle in Antioch.

One suspect is identified as 18-year-old Leon Fountain of San Jose, who was booked into the Martinez Detention Facility on $380,000 bail. He is facing charges for armed robbery, conspiracy, participating in a criminal street gang and multiple weapons violations.

The other two suspects, who are juveniles, are not being identified.